2023: PDP in secret moves to reconcile govs, approach Jonathan over peace mission, others

• Rift between Atiku’s camp and BoT chair too

As part of its preparation ahead of the 2023 general elections, the Peoples Democratic Party (PDP) has launched an initiative to reconcile its warring governors.

Also to be resolved are the disagreements among aggrieved chieftains across the country.

Top on the list of such feuds is that between Governor Nyesom Wike of Rivers State and Seriake Dickson of Bayelsa State.

The talks are to be kept as secret as possible with a view to achieving a high rate of success, The Nation gathered on Saturday.

Party chieftains were disappointed that previous efforts to forge unity in the party had not gone as expected.

They blamed those they branded as fifth columnists within and outside the party for truncating such previous peace efforts, hence the need to keep the fresh reconciliation plans secret.

“The party has since discovered that the ruling All Progressives Congress (APC) and its agents are working hard to keep the PDP divided as 2023 approaches,” a well-placed source told The Nation.

“The APC, which benefited from the division within the PDP in 2015 and 2019, has perfected plans to keep our party divided more and more so as to continue benefitting.”

The PDP chieftain also said that the unending media war among the warring persons and groups within the party was always reconciliation difficult.

“It is for this reason that the National Working Committee (NWC) in one of its meetings, resolved, on the suggestion of our national chairman, Prince Uche Secondus, to keep our reconciliation efforts as secret as possible. When these fifth columnists are less aware of our moves, the less havoc they can wreck,” he said.

Chieftains of the PDP, it was gathered, are immensely worried by the sharp division between Governors Nyesom Wike of Rivers State and Seriake Dickson of Bayelsa State.

Dickson’s tenure will be over this week.

The two PDP governors are locked in an unending verbal war which reached a head in the run up to the November 2019 governorship election in Bayelsa State. The PDP lost the polls to the All Progressives Congress (APC).

The Nation gathered that as part of the ongoing moves to return the party to the path of peace, the PDP national chairman and Governor Aminu Tambuwal of Sokoto State have met severally with the two sides in the crisis with a view to ending the face-off and uniting the two governors in the interest of the party. “Prince Secondus understands the need to have these two great PDP leaders on one page and he is doing a lot along with others to achieve that,” our source said.

Another person who is said to be involved in settling the Wike/Dickson feud is the Board of Trustees (BoT) chairman of the party, Senator Senator Walid Jibrin.

“The PDP BoT chairman and many of our trustees are not comfortable with the situation between Governors Wike and Dickson,” a source said.

“Many have attributed the loss in Bayelsa to the situation and they are working hard to change the situation. Several meetings have been held and we are sure of positive result this time.

“One thing we have achieved is the halt in media allegations and counter allegations between the two camps. The several meetings among our leaders brought that about.

“All those involved are passionate PDP members and as such, they are aboding by the advices of our leaders currently working hard to end the face off. You can see that noting is being heard in the papers about the disagreement.”

Last month, the PDP noted that the crisis between the two governors was as a result of recent disputes between their two states. The party, in a statement, said that the national leadership, having noted the issues, would move to end the rift as soon as possible while urging the media and fifth columnists to stop escalating the crisis.

The statement which was signed by Kola Ologbondiyan, National Publicity Secretary of the party, urged both Governors Wike and Dickson to sheathe their swords while the leadership harmoniously resolves the issue.

“We therefore assure all our leaders, critical stakeholders, members and supporters of our great party, particularly in Rivers and Bayelsa states, to remain calm and united, as the issue is already being resolved,” Ologbodiyan said while insisting that “the PDP remains one big indivisible family and will not allow anything to undermine its unity and focus especially at this trying time in the history of the nation.”

The Nation also gathered that some prominent leaders of the party, under the leadership of a former Senate President, recently met and resolved to approach former President Goodluck Jonathan to come forward and lead the PDP reconciliatory efforts in the interest of the party. According to a party source who was at the meeting, the parley was held at the Abuja home of a former Kogi State governor, last week Sunday.

The source said: “The leaders are not pleased with the aloofness with which the former President treats party issues. They noted the fact that he remains the strongest bridge within the party as at today and should not be treated as less important if the PDP really wants to return to winning ways in 2023.

“Jonathan is one of the most respected and loved chieftains of the party alive today. So, the decision is to appeal to him to come and lead us to unity.

“It has been observed that he may not have been treated well since he left office, even by our own party leaders and some governors. But being the man of peace he is, he has not raised any alarm but we must not continue to ignore the issues as they concern him. That is why we will be approaching him to come take charge of our march to peace. We need him on the frontline as 2023 approaches. We will go to him and offer him leadership.”

Similarly, the BoT chairman, Senator Jibrin, had in December, hinted on plans by the party to embark on reconciliation to strengthen it ahead of the 2023 elections. “The Board of Trustees is making necessary arrangement to reconcile the Governor of Rivers State, Nyesom Wike, and his Bayelsa counterpart, Seriake Dickson, and of course, other party members to make our party stronger with a view to taking over government from the ruling APC in 2023.”

The Nation also gathered from insiders that the face-off between Senator Jibrin, the BoT chairman and the camp of former Vice President and presidential candidate of the party in the 2019 elections, Alhaji Atiku Abubakar, has also been looked into and the warring parties urged to end the disagreement in the interest of the party. According to sources, parties in the face-off have agreed to sheath their swords while talks continue.

Jibrin had, some weeks back, alleged threats to his life over his refusal to endorse an automatic ticket for Atiku in the 2023 general election.

During a media briefing, he said some unidentified persons visited PDP Secretariat in Abuja, warning him that Atiku should be endorsed for the 2023 Presidential polls or he (Jibrin) should be ready to face the consequences.

He said: “I have received calls from some people threatening my life for not mentioning that the presidency should be zoned to the Northeast.

“They told me that I am a traitor and that I should have said only Atiku would get the ticket because I said the Supreme Court had already overthrown him (Atiku). They said I should say Atiku is the man that I want because I am a leader. About three people went to Wadata Plaza and demanded to see Munir Yerima. When they were there, Yerima called me saying some people wanted to talk to me, and that they were intermediaries between me and some party men.

“They told me on telephone that I have gone astray and if I don’t recant, they would arrange bandits to deal with me wherever I go. So, I told them to go and do whatever they want to do that I’m equal to the task. Then I realized it was only a demonstration, but they may be planning to assassinate me,” he explained, adding that he had written to the Director General of the Department of State Service (DSS) and the Inspector General of Police (IGP) to ensure that the matter is seriously handled.

Though yet to be confirmed, there are indications that former Senate President Bukola Saraki was instrumental to the intervention of prominent PDP chieftains in the matter. A prominent traditional ruler from the northern part of the country, who was once elected into the national assembly to represent his constituency on the platform of the opposition party, was also said to have intervened in the matter and sued for peace.

More in this category: « Governor Zulum offers ₦100k reward with promotion to the only teacher he met on duty in a public school during an unscheduled visit Ekiti bomb explosion: Police begin investigation »

Ondo guber: APC Unity Forum and the battle ahead

God who saw us through Ebola, please do it again - Nigerians react to news of Coronavirus in Nigeria

Lagos in manhunt for all contacts of Italian hit by coronavirus

Chloroquine not cure for coronavirus –NMA

How to prevent Coronavirus spread at workplaces – WHO

TIPS: Seven things to do now that coronavirus is in Nigeria

[OPINION]: Drawing back from the brink of chaos - Cardinal Onaiyekan

Ondo guber: APC Unity Forum and the battle ahead

God who saw us through Ebola, please do it again - Nigerians react to news of Coronavirus in Nigeria

Lagos in manhunt for all contacts of Italian hit by coronavirus

Chloroquine not cure for coronavirus –NMA

How to prevent Coronavirus spread at workplaces – WHO

TIPS: Seven things to do now that coronavirus is in Nigeria

[OPINION]: Drawing back from the brink of chaos - Cardinal Onaiyekan 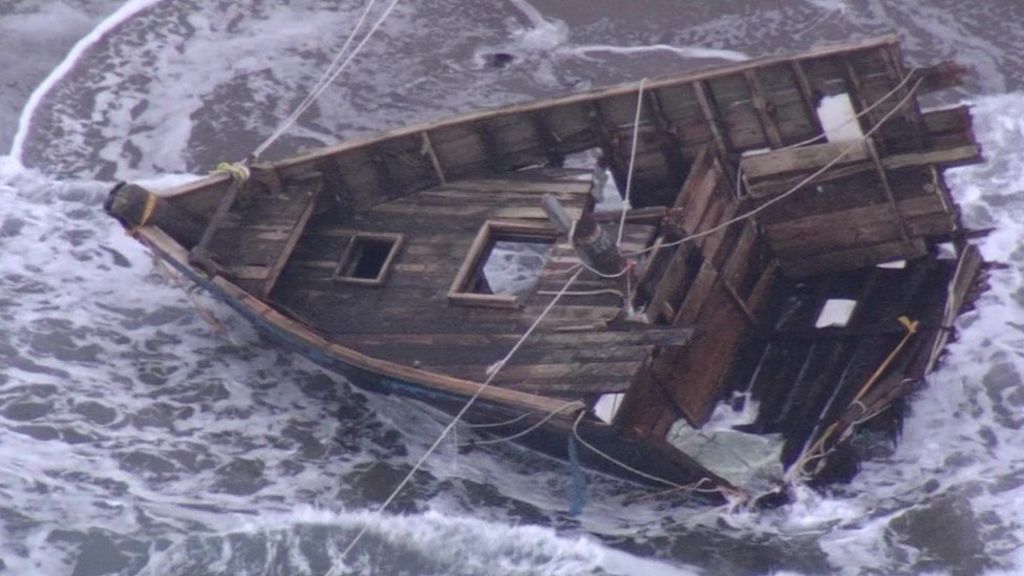