Let us break if North retains power in 2023 — Gbadamosi

The governorship candidate of the African Democratic Party in the 2019 election in Lagos State, Mr Babatunde Gbadamosi, speaks with MUDIAGA AFFE on the need to expand roads in the metropolis and other national issues

How can the government tackle the problem of gridlock in Lagos?

The gridlock has always been with us, it is just that it has become far more intensive now. During the 1970s, the military tackled the gridlock the best they could. They expanded the roads from the original two-lane express to the 10 lanes that it was from Jibowu to Ketu, among others, to be more precise. I think that subsequent regime in Lagos, starting with the late Gen Mobolaji Johnson did a sterling job and after him, many other governors did theirs. They did the best they could under the circumstance in terms of road expansion. The military, under the Olusegun Obasanjo administration, started the Third Mainland Bridge project but I think for some reason the civilian administration of the late Shehu Shagari was not too enthusiastic about it, and also the regime of Muhammadu Buhari did not also look into it until that of Ibrahim Babangida. In my opinion, a lot of the roads that are still dual carriageways in Lagos today ought to have been expanded to 10-lane expressways just like we have in Abuja- that is what Lagos needs without a shadow of the doubt.

Under the present economic downturn, is the expansion of road networks feasible?

Yes, we must expand our road infrastructure and we must expand it properly. We should start with the proper engineering of the roads. What we have at the moment is bad. We need to go back to the drawing board and re-engineer the roads, we are building for the future and not something that should last us for three or four years. The only way to do that is to do it the same way it is done globally. Give the road a concrete foundation on top of a rock layer to ensure that the coming generations will only need to scrape the surface asphalts and relay it if there are potholes.

Why did you defect from the PDP to the ADP?

I did not defect from the PDP. I resigned from politics when I left the PDP. I was in my house when the ADP came calling and I had left PDP for up to seven months then. When they (ADP) came, I gave them my conditions and they met it and so I joined them.

Do you have plans to go back to the PDP?

My foray into partisan politics started with the PDP. I did the best I could for the PDP; I worked very hard for the party. At this point, the situation in Lagos calls for a bipartisan approach or perhaps a non-partisan approach in solving the problems of Lagos. To that end, I have been giving advice publicly to the APC government on the things that they need to do and how to do them. That does not mean that I want to join the APC, it simply means that I want the best for Lagos. I have good friends and leaders in the PDP whom I have a lot of respect for and at the last election there was some synergy that came very late in the day, but it came. Perhaps if it had come earlier the results might have been extremely different. There may be a continuation of that synergy based on the fact that the monster we are facing in Lagos cannot be conquered unless there is unity amongst the opposition- that much is clear. Anybody that says otherwise is not a realistic politician or not a politician at all. So, there will be some synergy. As to whether I am going to join the PDP, I do not know at this moment. I am a one-way person, I have already joined the ADP and I have not seen what would make me leave the ADP at this point. If I leave the ADP, it is more than likely that I would be leaving politics again.

The polity is already over heated with debate on the 2023 election and where the presidential candidate should come from; don’t you think it is too early for that?

No, it is not too early to start discussing the 2023 presidential election because in my opinion, we made some foolish choices in 2015 that have led us to where we are. When I say, we, I mean members of the PDP, the public and Nigerians in general. We ignored the antecedents of General Buhari. For whatever reason, many Nigerians refused to take account of his (Buhari’s) antecedents when they were going to vote in the 2015 election and more especially the millennials were deceived because they formed the bulk of the electorate. Of course, we also knew there were irregularities, under-age voting in the North. We know that the majority of the votes that came from the North will not ordinarily count in a real democracy. Unfortunately for us, we are where we are today because of those decisions. So, if we are going to be talking about the presidential election in 2023, we had better start so that we can interrogate the past of the people that would want to take us to the ‘extra level’ because we are now in the ‘next level’. We need to bring them into the cold light of the day and examine their antecedents. If any person is presenting himself for public office he needs to be scrutinised and investigated otherwise some of these things impact us as people when they get into office. Look at the disgraceful scenes in the villa where the First Lady is being locked out from some rooms by some people who were not elected to be in government and yet they have an immense amount of power in this administration. How much more lowly do we want to drag the seat of office in Nigeria? We need to know who our leaders are, their family, children, economic lifestyle or extravagant displays of wealth. We need to know if they have done anything in the past that could bring the office to disrepute.

There are also arguments as to where the presidency should go to. While some believe that it should come to the South and specifically the South-East, some proponents in the North believe it should remain in the North, what is your position on this?

I think it is unfair that the Igbo people have been shut out from the office of the President of Nigeria for as long as Nigeria has existed. I think it is grossly unfair and it is deliberate. I think it is also to the detriment of our unity if indeed we want to remain a united country, then we need to give everybody a chance because if we are not ready to do that, we need to break up and everybody should go to their separate ways. We say we are one united country; everybody must be given a chance to steer us in the direction they think would make a place for everybody. The northerners have had their chance from different parts of that region (North-Central, North-East, and North-West).

But those canvassing for the North to continue in 2023 are looking at the situation from the onset of the Fourth Republic, is that a good assessment?

We cannot cut any period out of the history of Nigeria unless we are being foolish because the actions that were taken impacted on us. The constitution was written during the military era, are we going to throw it away? If that is the case we would need to take the opportunity to write a fresh constitution that makes more sense. You say we are a secular state and yet the word Sharia appears in the Constitution uncountable number of times, but our country is not a theocracy. Who are we playing with? Is it some kind of joke of some people playing with our intelligence? We also have a Chief Justice of Nigeria that has made some statements that are triumphal like a conquering invader that they are more in number and can change the laws. So, what kind of justice can the Christians receive from his court? Some issues need to be addressed- let us rewrite the constitution so that the one that was written in 1999 can go out of the window. You cannot apply something that we did not approve of all of us. Even in countries where they have one major religion like the United Arab Emirates, for instance, they are fighting hard to deemphasise religion in matters of the state. These are countries that want to make progress. We need to wake up to decide whether we want to live together or live apart.  If they say the Presidency should not come to the South in 2023, then let us end Nigeria and stop deceiving ourselves.

Are you saying it is not feasible for the North to retain power in 2023?

It is not. If they insist then let us break Nigeria. Let each region go their separate ways. It is either that, or we have a loosed confederation with an option to secede, depending on the available option upon the start of the confederation. I disagree with those that say the unity of Nigeria is not negotiable because there is nothing in this world that is created by humans that is not negotiable. It is only the law of God that is not negotiable. Are they saying the unity of Nigeria is some kind of gods that we must worship? If the concept of Nigeria is not serving the people that live in that space then let’s break it and let each person go and paddle their own canoe. Those that are saying if we break up some of us would go hungry let us go hungry because it is the hunger that made Singapore what it is today. Singapore has zero oil and yet they have three of the biggest refineries in the world. We have this problem of being unified with people who have no ambition. If Nigeria is not working, just like the Soviet realised that the USSR was not working and they broke up and allowed each country to go and do their own thing and are making huge technological advances, we should do that. It is not about size for those that keep arguing that we are better when we are bigger. 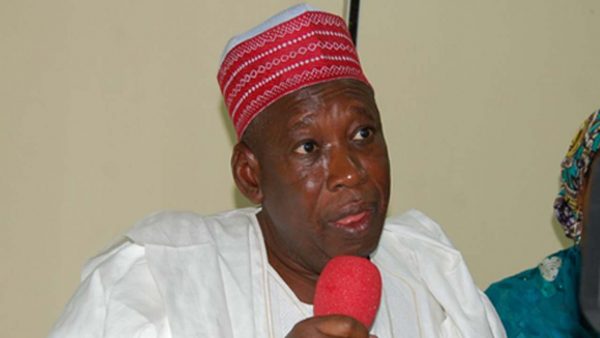 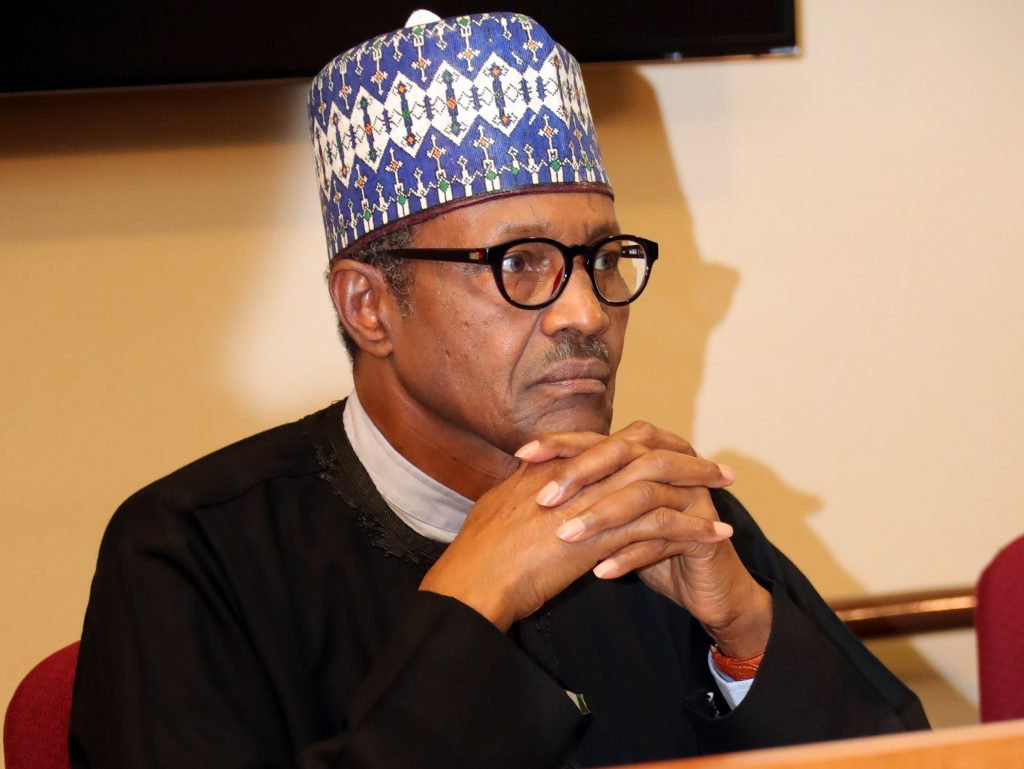