At a time when Nigerians’ hope for improvement in the nation’s health sector has been dimmed by the paltry budgetary allocations to the sector, tasking Nigerians to desist from seeking medical care abroad might sound awkward.

But this was President Muhammadu Buhari’s shocking message to Nigerians on Friday, January 3, 2020.

Represented by the Minister of Science and Technology, Dr Ogbonnaya Onu, at the inauguration and handover of a project designed to  check flooding and gully erosion at the Alex Ekwueme Federal University Teaching Hospital in Abakaliki, the president said: “Nigerians have suffered so much going abroad for medical treatment. This is not good for us and it must stop because we can’t afford it again.”

Expectedly, there has been a backlash against the president’s statement. Spearheading this is the nation’s leading opposition party, the People’s Democratic Party, PDP, which sarcastically tasked the president to lead by example. Not a few critics have questioned the morality of the president’s comment, given he has also embarked on several medical trips abroad since he assumed office in 2015.

The ruling All Progressives Congress, APC, had ridden to power on Nigerians’ hope that its  coming would usher in a better dispensation for the nation’s ailing health sector, but again the hope was dashed at the President Buhari’s budget presentation last October.

This is because of the N10.33 trillion proposal, N46 billion was allocated to the health sector, a development experts described as a confirmation of the government’s insincerity to the touted commitment of providing adequate and quality health care services to the people.

For experts, government’s failure to demonstrate its seriousness to multifaceted problems plaguing the nation’s healthcare sector has largely been identified as the major factor fueling the exodus of Nigerians seeking medical attention ditto for the problem of brain drain in the health sector.

For instance, a recent study revealed that no fewer than 5,250 Nigerian-trained doctors are working in the United Kingdom, which translates that an average of 12 medical doctors may be fleeing the country on a weekly basis. Perhaps more disturbing is the claim that no fewer than 88 per cent of doctors in Nigeria are considering working abroad.

The Chairman of Adamawa State chapter of the Nigerian Medical Association, NMA, Dr Tonde Elijah Gargah, expressed doubt over the seriousness of the government to discourage Nigerians against seeking medical attention abroad.

“In all sincerity, I don’t think we are ripe for that because the government is yet to put the necessary facilities on ground  to cater for the healthcare needs of Nigerians. And it will not be right for someone who has legitimately acquired his resources to be denied the freedom of seeking medical help abroad. I think what the government needs to do is to improve on the existing facilities, upgrade some of  them and ensure they are up to  global standards before putting such measures in place.

“However, for political office holders, Mr President has the right to stop them from seeking medical care abroad until they revamp our own health care delivery system. The truth of the matter is that if you look at the entire West African sub-region in terms of the per capita spent on health, Nigeria is the least.  Even countries like Togo, Benin Republic spend more on health than Nigeria. That is exactly what I was saying when I said Nigeria is not yet ripe for such instruction that Mr President issued.”

“If the president can ban political office holders from seeking medical attention abroad, I believe they will look inward and find a way of improving the sector. If the national hospital can be equipped to a level that anybody can seek medical help and get good results, our people will stop traveling abroad. If there is a law banning people from going abroad for medical reasons our people will start investing in the health sector,” he said.

Dr Umenwa also called on Nigerians to see the president’s statement as clarion call to contribute their own quota in revamping the nation’s health sector.

“This is  a call on Nigeria to invest in the field of medicine. If the money being used in building hotels all over the place is channeled into medicine, Nigerians will have no need going abroad for medical care.  Our people have penchant for investing in hotel business. If you go to Owerri or Awka you will see thousands of hotels, but you can’t see standard hospital anywhere.

“Majority of the government officials that steal money prefer to invest in hotel business for reasons best known to them; you don’t see them investing in the medical field. Let’s forget about government hospitals, private individuals should invest in the health sector. Let there be more investments in hospitals from the private sector.

Our people will stop traveling abroad in search of medical care when we begin to invest seriously in the nation’s health sector. The time to stop patronising foreign hospitals is now. If we stop people traveling abroad for medical care, people will start investing in the health sector. If you expect people to start investing in the sector before we stop them from seeking medical care outside the country then we can’t get nowhere,” he said.

Dr Peter Waibode Alabrah,  chairperson of Bayelsa State chapter of NMA, urged the government to key into the president’s position with action.

She lamented the poor allocation to the health sector, saying that both the Federal Government and the government at state level have continually failed to meet the WHO’s benchmark.

According to her,  “what the president said is a welcome development. However, the statement should be backed with action. The money allocated to the health sector is not enough. I think it is only in Kano State that the amount allocated to the health sector is as specified by WHO. Other states in the country fell short of the standard. It should not be the Federal Government  alone, our governors in the states should also key into it by voting substantial allocation to the health sector and help to upgrade our medical facilities in the interests of the people.  By doing this,  we will be able to successfully convince our people to stay in the country for medical care.”

Also commenting, Dr Okey Dinwoke, a consultant, obstetrician and gynaecologist, called on the president to address the inherent challenges facing the health sector before coming out to tell Nigerians to stop travelling abroad for medical care.

According to him, the fact that Buhari himself frequents abroad for medical treatment was symptomatic of the country’s ailing health system.

“As it stands, that statement by the president is nothing to go by. In the first place, he has to start it himself. Many Nigerians are aware of his many travels abroad for medical treatment last year,” he pointed out.

The medical expert, however, argued that the country presently has the manpower and requisite facility to meet the health needs of Nigerians, noting that the missing link was the Nigerian factor.

Dinwoke said: “We have enough manpower and facility, but the problem is the Nigerian factor. So, we can have standard system in Nigeria, we won’t have a situation where Nigerians are running outside the country in search of medical treatment.

“What we need now is a committed government and a workforce to be able to make things work normally. Just like everything about Nigeria, the corruption here and there, nothing serious, poor ethics and all that. All those things are militating factors. One thing is that the health sector cannot be discussed in isolation. The entire Nigerian system has to function well before we can talk about having a good health sector and all hands must be on deck to make things work.”

In his contribution, Dr Agudi Charles Chikwado, a general practitioner at University of Nigeria, Nsukka (UNN) Medical Centre, Enugu State, wants the government to upgrade the country’s health sector, stressing that that was the only way to discourage medical tourism abroad.

He noted that with poor remuneration of health workers in the country and hostile working environment, the brain drain syndrome would continue until something drastic is done to salvage the situation.

He said: “The issue there is that if our health system can be operating at a standard capacity like we have abroad, there will be no need for our people to travel abroad. Without that, nothing can stop those travelling abroad. Therefore, government should equip the hospitals and improve the remuneration of health workers.

“In the Nigerian health sector, there are rising cases of brain drain. Most of our doctors are departing the country for other parts of the world in search of greener pastures. The only solution is improved remuneration, provision of an enabling working environment and equipment of our hospitals.”

Another medical expert at Parklane General Hospital, Enugu State, Dr Obiekwe Eze, said that the acute shortage of technology in the country has made it difficult to handle sophisticated health cases.

His words: “It will be difficult to say people should not travel abroad for medical treatment. When you visit most of the hospitals, they cannot handle special cases, for instance, retina surgery.

“So, in a situation when we have people having issues with their retina, what they do is to go abroad where the expertise and technology are readily available.

“I don’t think the president’s statement reflects the reality on ground. They should equip our general hospitals very well. How can you tell people not to travel abroad for medical treatment when we don’t have anything on ground?

“Therefore, it’s a mere talk. Even the president’s wife once complained about the deplorable state of health facilities at Aso Rock clinic.

“Yet, we have qualified people, but the majority of them are going abroad. We don’t have the technology to keep those capable hands. When they get better offers from other countries with promising packages, then they find it irresistible.” 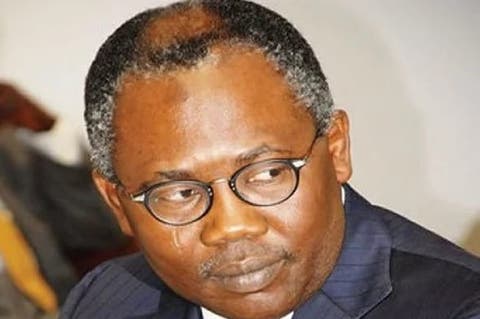