Despite state governments’ outstanding debts running into trillions of naira, at least 12 states are planning to borrow fresh N1.75tn to fund their 2020 budgets, according to investigations by Saturday PUNCH.

This comes just as the latest figure from the Debt Management Office showed that the total indebtedness of the 36 states of the federation stood at N5,132,521,328,206 as of June 2019.

The 12 states have projected budgets of N4.58tn as their appropriation bills for the fiscal year.

Lagos, which has the highest budget of N1.168tn for 2020 fiscal year, is planning to borrow N97.5bn to fund the budget, following an estimated revenue of N1.07tn.

Cross River State, which has the second-highest budget of N1.1tn, will be grappling with a budget deficit of N979.84bn, which it hopes to raise through “intellectual money.”

Speaking to Saturday PUNCH on how the government will fund the huge deficit, the Special Adviser Media and Publicity to Governor Ben Ayade, Mr Christian Ita, said, “We will use intellectual money to fill the void. Most states budget without making room for direct foreign investment. They are never captured in the budget.”

The Enugu State government said it would fund the 2020 budget deficit of N32.8bn through loans.

Governor Ifeanyi Ugwuanyi had presented a N169.55bn budget appropriation bill for the year 2020 to the state Assembly which has passed it into law.

The budget is expected to be funded from estimated Independent Revenue totalling N119.88bn, which includes Internally Generated Revenue, federal allocation or statutory allocation. The state expects N8.25bn in grants to fund the budget. The expected total capital receipt was put at N136.72bn.

A breakdown of the expected revenue includes an open balance of N26.2bn; statutory allocation of N65.25bn, while the Independent Revenue is N28.43bn.

But the state Commissioner for Budget and Planning, Mr David Ugwunta, told one of our correspondents on Friday that the state would fund the 2020 budget deficit through loans.

Ugwunta said, “We are taking a loan of N30bn and that loan will fund the deficit. There are domestic loans/borrowing of N32bn. We have international loans of N9.42bn. Those borrowings offset the deficit.”

The Benue State’s budget of N189.48bn will have a deficit of N96bn, according to information made available.

The draft 2020 budget was premised on an exchange rate of N305 to $1 with a crude oil production estimate of 2.18 million barrels per day and the crude oil price estimate of $55 per barrel.

The state government’s share of disbursements from the Federation Accounts Allocation Committee was put at N42.76bn, followed by independent revenue of N31.88bn and Value Added Tax of N13.33bn.

Governor Samuel Ortom said the budget was not always funded with one source, but through various sources, including IGR, which is one of the major sources of budget funding, as well as federal allocations and investments of the state, including loans and grants.

The Chief Press Secretary to Governor Samuel Ortom, Mr Terver Akase, said the state would resort to investment and loan to fund the budget.

He said, “We have a partnership with United Nations agencies and others which are other sources of government funding to fund budget. So, the budget does not rely on one source alone more also that we are doing everything possible to improve on internally generated revenue.

“Therefore, it is not only about borrowing to fund the budget, so, the budget would not only be dependent on loan. We will use other means to finance it other than a loan. Loans are just one source of budget funding.

“However, if the need arises, the government will borrow to finance other important capital projects. If you want to take a bond, for instance, you need that bond for a specific project you go for it,” he said.

Also, the Taraba State Government is set to borrow more to fund this year’s budget.

The state government had on December 19, 2019, presented a budget estimate of N213.63bn to the state House of Assembly for deliberation and passage.

But checks by Saturday PUNCH revealed a deficit of N84.85bn as the total revenue, aides and grants in the 2020 budget were put at N128.77bn.

Specifically, Governor Darius Ishaku had during the budget presentation said his administration planned a domestic borrowing of N77.5bn and an external loan of N7.3bn to service the budget.

When contacted on how the state intended to cover up the deficit, the Senior Special Assistant to the Governor on Media and Publicity, Mr Bala Dan-Abu, said economic experts were already working on how to address the deficit in the budget.

In Oyo, the state government is expected to borrow about N28bn to fund the budget. However, the state indicated on Friday that it would de-emphasise the use of a loan to fund its budget deficit in the current year.

Rather than indulge in the loan as being done in the past, the government said it would explore less strenuous means to fund the 2020 budget of N213.78bn which has a deficit standing of 10 per cent of the total budget.

The state Commissioner for Budget and Economic Planning, Mr Adeniyi Farinto, who spoke with one of our correspondents through the Permanent Secretary in the ministry, Mofoluke Adeniyi, said, “The budget size for the year 2020 is N213.78bn. The budget deficit is just about 10 per cent of the total budget for the current year.

“The budget is going to be heavily financed through grants. We are going to rely on grants and de-emphasise on loan as much as practicable. Of the total budget for the year 2020, 48 per cent goes to capital expenditure while 52 per cent is for recurrent.”

Governor Aminu Masari said during his budget presentation to the members of the state House of Assembly that the budget would be financed through IGR of N12.24bn; other sources of revenue are N34.09bn and N139bn receivables from the federation account.

Efforts to speak with Masari’s Director-General on Media, Abdu Labaran, to provide further details on the issue were unsuccessful as he did not answer his calls.

The state Commissioner for Finance, Kasim Mutalab, and top officials in his ministry were also said to be attending an official assignment at the Government House as of press time.

The state Commissioner for Budget and Economic Planning, Dr Aminu Gamawa, could not be reached for his comment as he did not answer calls to his phone as of press time.

Meanwhile, the total indebtedness of the 36 states of the federation stood at N5, 132,521,328,206 as of June 2019, the latest figure from the website of the Debt Management Office showed.

Meanwhile, at least 28 states have budgeted N8.25tn for capital and recurrent for 2020.

Governor Dapo Abiodun of Ogun State also signed the state’s N449.97bn 2020 appropriation bill into law. Giving the breakdown of the budget, the governor said N269.132bn, representing 60.31 per cent, was proposed for capital projects, while N180.842bn or 39.69 per cent was set aside for recurrent expenditure. 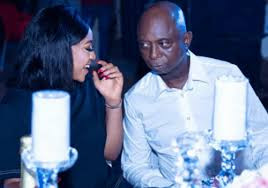 Regina Daniels, husband, Ned Nwoko proves that men with six pack are not as attractive as men who earn six figures- Reno Omokri