Prince Uthman Sodipe, a close adviser to Chief Olabode George has boasted that Nigerian godfathers are behind the presidential aspiration of the former Deputy National Chairman of Peoples Democratic Party. He added that as a former military chief, George is likely to be the nation’s next president in 2023, even when he does not know on which party platform he will run.

There are speculations that your principal, Chief Bode George will run for presidency in 2023. Can you categorically confirm this?

It is no rumour.  It is my group that is basically enhancing and supporting the presidential ambition of Chief Olabode George.

Does he have the support of the North?

In all fairness, the Arewa Youth Movement said recently that the power is coming to Southwest. So you can see that something is going on, something realistic is coming to the Southwest. It is something we have been working underground for, we thank God that it has favoured the West.

Don’t you think they will support members of the ruling party; what are the chances of someone who is on the opposing side?

The APC party will be dead before 2023. I will like to be quoted on that, the party is dead. The party is dead and buried. The only person still holding the party is President Muhammadu Buhari. He is the person uniting the factions, he is the rallying point, he is their last hope and so he is the one holding the party. And since the slot is coming to the Southwest, it will naturally not go to a dead party or to people who dismantled it. Currently, I can predict where it will go to,  Bode George has the best advantage among all. As I am talking to you, I don’t know what platform Bode George will run on but what I know is that the significant people in Nigerian nation, the grandmasters, the masterminds as we put in our press release are behind it. These masters are from North, South, East, and West, military and civilians, they are looking for someone who is cool headed, experienced and has the wherewithal to control and basically accommodate all the diversity in Nigeria nation and they have seen it in Bode George. He is someone whose experience stretches across the schools of thought and cares for all in the Nigerian nation.

Some might think this is a political game to attract benefits. Don’t you think so?

This is not a game. Bode George will run for 2023 presidency because he has the intention of putting Nigeria on the right track and continue the development of the previous and current presidents. And we are going all the way to make sure that happens.

Has he consulted the Afenifere group?

Bode George is the Atona Oodua of Yorubaland, which means the torchbearer of Odua. He was given the name because he mediated in the Ife-Modakeke crisis, a crisis that took thousands of Yoruba people’s lives and existed for 30 years before he quelled it. And that was why the late Ooni of Ife, Oba Sijuade,   Olubuse II, gave him that name. Bode George cuts across everywhere, his best friend is a Fulani man, Admiral Nyako; that tells you the calibre of person Bode George is. He has always had the backing of the Yoruba nation.

What are his chances when the youth and Nigerians in general are clamouring for revolution and flushing out of the old politicians?

Do you think Nigerians have forgotten about his corruption trial?

Bode George was never pardoned as against popular belief, the man was acquitted by the Supreme Court even when the former President Goodluck Jonathan said he was going to pardon him, Bode George refused and pushed it to the logical conclusion. Later, he was discharged and acquitted. I think he should sue the federal government for underserved incarceration. It was politics all the way. Bola Tinubu and Vice President Yemi Osinbajo were involved but I don’t know if President Olusegun Obasanjo was involved.

Tinubu has also shown interest, how will Bode George compete with such figure in Yorubaland?

First, we need to find out the pedigree of Bola Tinubu, where did he come from, who are his parents, is he a Lagosian. Tinubu is from Osun State but for one reason or the other the locals sold Lagos to him. The matter is now unraveling.

What if Buhari decides to pass the baton to people in his current cabinet?

Buhari is not working with Osinbajo currently, therefore he will not work with him later. Buhari will not want such person to succeed him. Fashola should be, but he could not perform, he has had five years to perform but he has refused to rise to the challenge. His scorecard is zero. What people don’t know is that military men understand and respect each other. Have you ever heard Bode George abuse Buhari or any other military man? Tinubu is either here nor there, he is an opportunist.

Why do you think Nigerians will want to vote for someone with a military background?

They are the only ones with the experience now, they have the unity of Nigeria at heart and want peace, and it is for this Buhari has promised Nigerians that he will stand down in 2023, meaning he will not interfere with the affairs of the country. Then who now comes after him, we will want a cosmopolitan person and to achieve that you need the person to be of age. I believe that person is Bode George.

Does he believe in restructuring?

How does he plan to lure the South East, which is also clamouring for presidency?

It is too early in the game to be revealing strategy. If he is elected to the number one position in the country, he will accommodate all the regions irrespective of where his Vice might come from. 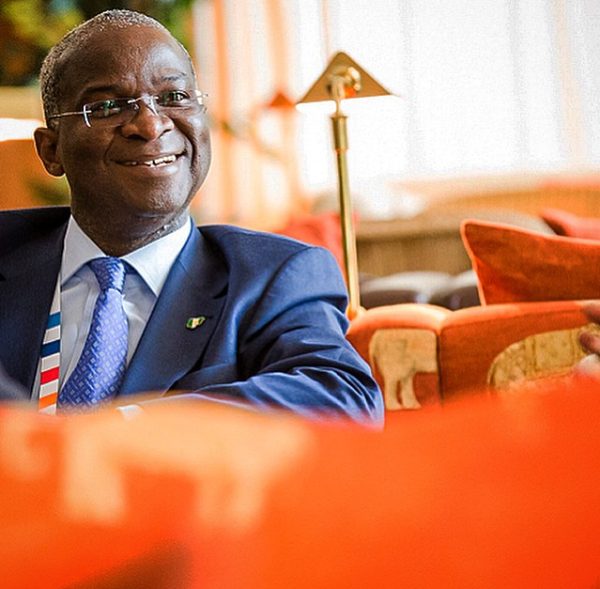