Organised labour, industrialists and  civil rights groups on Sunday condemned the hike in electricity tariffs by the Federal Government.

Labour, in an interview,  described the electricity tariff hike as a daylight robbery considering the epileptic power supply in the country.

The Lagos Chamber of Commerce and Industry, on its part,  berated the  Federal Government for increasing the tariffs and doing nothing  about estimated billing by distribution companies.

While MAN, Rivers/Bayelsa states branch,   described the increase in electricity tariffs as insensitive to the economic realities in the country, the Kaduna State Chamber of Commerce, Industry, Mines and Agriculture said it was counter-productive.

They said the electricity distribution companies were collecting money for the services they were not providing.

The Nigerian Electricity Regulatory Commission, had on Saturday directed the 11 electricity distribution companies in the country to increase their tariffs beginning from April.

An analysis of the latest NERC directive  shows that the Federal Government’s agency has actually   increased tariffs payable by all the major classes of power consumers.

One of our correspondents observed that tariffs   for   the three major categories of consumers  in Ikeja, Ibadan, Kano and Port Harcourt distribution companies were  jerked up.

Residential customers in the R3 category under Ikeja Disco, who currently pay N26.5/kWh, will start paying N36.49/kWh beginning from April, indicating an increase of N9.99.

Commercial customers in the C3 category under this Disco, who currently pay N24.63/kWh, will start paying N38.41/kWh, representing a hike of N13.78.

Industrial customers in the D3 category served by Ikeja Disco, who pay N25.82/kWh currently, will start paying N38.85/kWh, representing an increase of N13.03.

Going by the latest order of NERC, it therefore implies that power tariffs in Nigeria have increased by over threefold in the last five years.

On August 28, 2019, The PUNCH exclusively reported that electricity tariffs grew threefold in four years. According to the report,  the rates increased by more than 300 per cent during the period.

The report stated that between 2015 and 2019, the average electricity tariff climbed from N12 kWh to about N32kWh.

Berating  the government, National Chairperson of the Joint National Public Service Negotiating Council (Trade Union Side), Abdulrafiu Adeniji, in an  interview with one of our correspondents, said the FG rushed to increase electricity tariffs when  the new minimum wage had not been fully implemented throughout the country.

The PUNCH had on Friday reported that no fewer than 15 states had  yet to conclude negotiations on the new minimum wage, despite the December 31   deadline the organised labour  gave governors to sign agreements with their workers.

Commenting on the increase in  electricity  tariffs,  Adeniji said, “If the new tariff policy is eventually implemented throughout Nigeria, it is not only targeted at labour, it is a daylight  robbery of all Nigerians.

“We are all aware how epileptic the electricity supply is in the country.  We have yet to get value for the money Nigerians pay on the  electricity bill. Why increasing the tariffs  when the supply is not stable and consistent? Government  does things  before thinking of their implications, otherwise, there is no basis for the increase in electricity tariffs for now.

“If you give us the minimum wage that has yet to be implemented across board and you are increasing electricity tariff that will be implement across Nigeria, irrespective of the poor supply, this is an unexpected added burden on Nigerians.”

On his part, the Chairman of MAN in Rivers/Bayelsa states, Senator Adawari Pepple, said the manufacturers would find a way around the increase, but the consumers of their products would be the worst  hit at the end.

Pepple said, “It is quite insensitive to the economic realities and climate of doing business in the country today. Irrespective of the increase, we don’t even have the electricity; even when they give the epileptic electricity, they will now apply the current rate far higher than what they used to give.

“Definitely, this decision will impact negatively on the country’s citizenry. As a manufacturer, I will definitely not carry the burden of this tariff hike into my books.  It is normally passed on to the customers and that means that affordability will be hampered in the present economic realities of our country.”

He advised the Federal Government not to succumb to the pressure of the distribution companies, saying, “The economic realities are the things that we are talking about and not just the Discos making all the money.

“Government should truly reconsider creating some very special tariffs for certain categories of people, including the citizens. In a more organised sector, the tariffs in the high density areas could even be lower than the low density areas, and that takes off the burden from underprivileged citizens.”

Also, the first Deputy President of the Port Harcourt Chamber of Commerce, Industry, Mines and Agriculture, Mike Elechi, described the development as unnecessary since power generation was still at its lowest ebb.

Elechi told The PUNCH that the manufacturing sector would be adversely affected by the increase in electricity tariffs, adding that whoever initiated the idea got it wrong.

He said, “This (increase in electricity tariffs) is unnecessary because it will adversely affect manufacturing because even with the tariffs they are charging now, we don’t have power and they now want to increase the tariffs when we are not sure of improved power supply.

“You remember that when the defunct National Electric Power Authority was handling electricity in Nigeria, they never increased tariffs. Now, tariffs have been increased, while generation has not improved. So, what are you increasing the tariffs for when the volume of generation is the same before the deregulation of power?”

Consumers would be vulnerable if review is not holistic – LCCI

Also, the LCCI Director General, Dr Muda Yusuf,  said there were many areas that needed to be attended to by NERC and other stakeholders in the power sector.

He said, “The power sector problem is a multifaceted problem. It is not only about tariffs. The approach should be holistic, otherwise the consumers would be vulnerable.

“Only recently there was an increase.  Now another is being proposed.  The tariff question is no doubt one of the problems. But what is NERC doing about  issues of the capacity of the Discos, estimated billing, the technical  and commercial losses.

“What about the metering problem, the quality and adequacy of investments by the Discos, the transmission issues,  the proposal on the decentralisation of the sector and incentives for renewable energy solutions?

“NERC should protect the interests of consumers as well as those of the investors.  There is also the social dimension of electricity provision to those at the bottom of the pyramid. It is also critical to disaggregate and interrogate the components of cost being claimed by the Discos.

“Already, many small businesses have complained about prohibitive tariffs by Discos following the last review. What is needed is a holistic reform rather than the simplistic solution of tariff review.”

Also, the KADCIMA Director General, Alhaji Usman Saulawa, in a telephone interview with one of our correspondents in Kaduna, said the tariff hike was ill-timed.

However, the Nigeria Employers Consultative Association said the proposed tariffs  would shock consumers.

The association’s Director General, Dr Timothy Olawale, noted that the increase might be a necessity.

Olawale said, “Although the proposed increase in tariffs may cause a shock from the consumers’ perspective, it is a necessity in order to get the power sector back on track.

“Consumers and businesses are not averse to paying appropriate prices for electricity consumed. The major contention has been estimated and sometimes outrageous billing for power not consumed.

“The Discos will do well to fast-track the provision of prepaid meters, the GenCos should ensure availability of power for the DisCos to distribute and the government should support the Discos to curb the rampant incidents of electricity theft across the nation.”

But the Peoples Democratic Party and the Human Rights Writers Association of Nigeria rejected the increase in the electricity tariffs.

The PDP National Publicity Secretary, Mr Kola Ologbondiyan,  in a statement on Sunday,  described the hike as draconian and completely against the interests of Nigerians.

He described the increase as a furtherance of the alleged fleecing of Nigerians, who were already burdened and groaning under the weight of high costs, economic repression and heavy taxes foisted on them by the Buhari regime.

He said, “It is lamentable that Nigerians, who are already suffering the devastating negative impact of the recent increase in the Value Added Tax from five per cent to 7.5 by the All Progressives Congress administration, are now being further suppressed with increased electricity tariffs.”

The  group stated, “The Federal Government should  focus, in this New Year, on how to improve health care and on how to curb the internal corruption that has destroyed the so-called school feeding programme instead of Buhari working day and night to unleash devastating economic strangulation through unsustainable reviewed electricity tariffs on millions of Nigerians most of whom are unemployed, hungry, sick and poor.”

APC may not survive beyond Buhari years – Okorocha 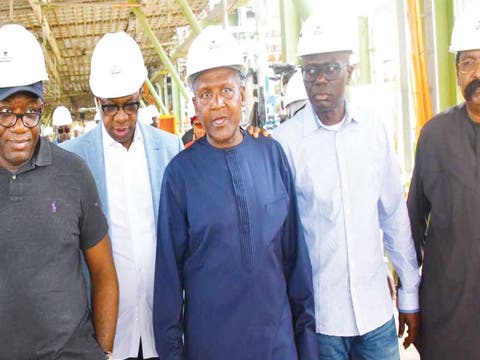