It can be said, without fear of contradiction, that Nigeria is a collective project for all its citizens at home and abroad.  But unfortunately, this reality is never thoroughly appreciated by the leadership at every level.  It is my pleasant duty to say here, that this country will remain in the woods, so long as openness, humility, patriotism, and commitment are not given a conspicuous space in the vocabularies of leadership discourse across the board.

The IPPIS (Integrated Personnel Payroll Information System) introduced by the central government a few years ago for its employees is a good concept aimed at curbing at least some of the excesses of certain leaders.  One of these financial infractions is the menace of ghost workers and bloated bureaucracies.   According to the federal government, about N12 billion had been saved between 2012 when IPPIS started and today.  If we all agree, that corruption is Nigeria’s number one enemy, then IPPIS with some modifications must be given a place to stand.  The Nigerian academics in federal universities are no doubt government workers, but they are unique in certain respects.  Therefore, they cannot be loosely, naively compared with civil servants.  This is not an attempt to subtly undermine the integrity of this category of federal workers.  Indeed, they are contributing to the growth and development of the Nigerian economy in some specific ways.

Academics are in a universe of their own, due to the very nature of what they do.  Engagements of university academics are diverse.  They are also an encapsulation of local, regional and trans-oceanic geographies.  Therefore, those top officials representing the federal government in this context need to exercise considerable restraint in the overall interest of Nigeria.  Their egotism and zeal have to be moderated.  The belief that the federal government can do whatever it likes, is a misconception.  It can escalate this controversy into a full-scale crisis with incalculable damage to the heart and soul of Nigeria.  Thus, for example, the statement by the Minister of Finance, Budget and National Planning – Hajia Zainab Ahmed that the government was going ahead with the plan to include ASUU in the IPPIS, was typical of Nigerian leaders at the top.  It seems to me that these leaders do so in order to show that they are not weak.  Ngozi Okonjo-Iweala (a one-time Minister of Finance) said a similar thing (bordering on patronising mentality) when there was an issue to be resolved between ASUU and government during the time of Dr. Goodluck Jonathan as president of Nigeria.  It was Adams Oshiomhole that finally resolved the issue. Hajia Zainab needs to learn from history.  Her recent comment stated below could deepen the problem:

“It is a pity if ASUU carries out this strike because what ASUU is saying now, is that they should be treated differently from other staff of the government of Nigeria who is also on IPPIS.”

I’m sure that ASUU would not be blackmailed into agreeing to IPPIS conditions without domestication.  The union leadership would protect its members’ rights and privileges within the confines of the law of Nigeria.  There is no need for government to be flexing its muscles.  Power belongs to the people and by extension, Providence.  Government must work for justice.  Currently, Nigeria is a laughing stock regionally and globally due to our incompetent, infantile political leadership.  The IPPIS is a negation of the hard-earned autonomy of the Nigerian federal universities as enshrined in the Universities (Miscellaneous Provisions) Amendment Act, 2003 (also called Universities Autonomy Act No. 1, 2007).   According to the Amendment Act of 2003, “the powers of the council shall be exercised as in the law and statutes of each university and to that extent, establishment circulars that are inconsistent with the laws and statutes of the university shall not apply to the universities.”

It is a pity that this government like some administrations in the past, does not believe in the rule of law or mutuality of respect.  Consequently, the government team members have ignored the alternative template meticulously engineered by ASUU.  Thus, for example, the government template makes no provision for lecturers on Sabbatical Leave/Study Leave, staff on contract appointments, part-time lecturers, and the 70 years retirement age for professors.  It is on record that as far back in time as February 2013, a memorandum was signed by the Abubakar Rasheed team.  It drew the attention of government to the dangers inherent in the IPPIS if not domesticated for university staff with a special emphasis on the academics.  Prof. Abubakar Rasheed was then the vice chancellor of Bayero University, Kano.  He is currently the executive secretary of the NUC (Nigerian Universities Commission).  More than six years after, the federal government has not been able to amicably resolve this simple issue.  This arrogance and an obvious lack of seriousness on the part of government are capable of disrupting the academic calendar again.

It is certain that very soon, the federal government would stop salaries of lecturers and the bubble automatically bursts.  The federal government continues to make the same mistake at the expense of students, parents and the entirety of the Nigerian society.  ASUU cannot and will not tell the government to stop fighting corruption in Nigeria including the academia.  This is because members are not oblivious of the shameless financial infractions in the academia.  However, innocent lecturers should not be punished for the greed for power and materialism of a few.  In other words, those who have been short-changing the university system are the ones to be brought to book.  But because corruption is endemic in Nigeria, no vice-chancellor or bursar is behind bars to act as a deterrent to others.  Nigeria is a sick country!

The Socio-economic Rights and Accountability Project (SERAP) has on several occasions reported cases of corruption and impunity in the university system.  According to SERAP, this scenario has been adversely affecting the quality of education in the country.  Short-circuiting employment procedures, diversion of university funds for personal use and politicisation of academic/non-academic promotions have become a way of life.  In 2017, President Buhari ordered the stoppage of the Tertiary Education Trust Funds special intervention money given to universities across the country, due to gross mismanagement.  According to the executive secretary of TETFUND – Dr. Abdullahi Baffa, misuse of the funds was very rampant and most embarrassing.

In 2016, the ASUU Budget Monitoring Committee of Intervention Funds at the Obafemi Awolowo University, Ile-Ife accused its management of misappropriating up to N3.5 billion released to the institution to upgrade its facilities. Most university academics especially those occupying leadership positions appear not to know that they live in a house of glass and that throwing stones is an aberration.  In sum, the Nigerian academia especially in recent times is riddled with unprecedented levels of financial infractions.  We need to start crafting a new architecture for a post-imperialist politics capable of taking Nigeria out of the woods. That is, a new politics defined and ruled by high ideals as opposed to greed and unfettered materialism. 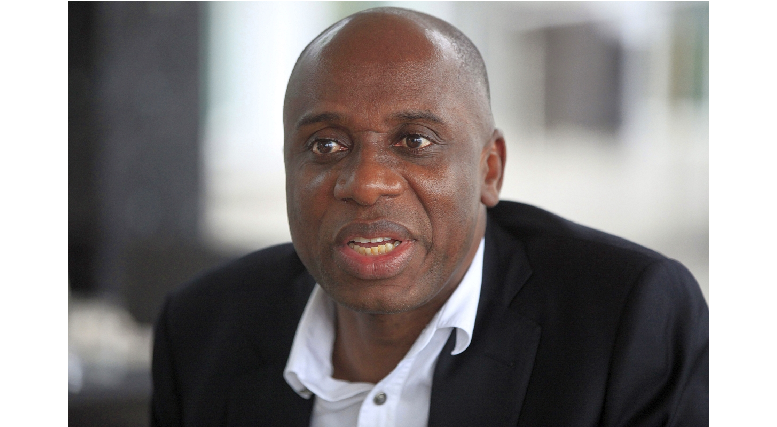