There was confusion on Tuesday over the Federal Government’s remodelling of  grazing reserves in seven states  into ranches.

The News Agency of Nigeria reported that the Executive Secretary, National Commission for Nomadic Education, Prof. Bashir Usman,   in Zaria, Kaduna State, on Tuesday, said the remodelling of grazing reserves into ranches  was part of efforts to transform  the country’s livestock industry

He said this at a three-day capacity building workshop on the remodelling of grazing reserves into ranches.

Usman, who was represented by the Director, Social Mobilisation and Women Development in the commission, Alhaji Mohammed El-Nafaty, listed the selected states for the programme as Adamawa, Taraba, Plateau, Nasarawa, Benue, Kaduna, and Zamfara.

But some  of the states listed, including Benue and Plateau,  said they were not aware of remodelling of grazing reserves into ranches.

On its part, the Zamfara State Government said it had earmarked N8.4bn for the settling up Ruga settlements, which were rejected by some states last year.

However, the NCNE boss, Usman said that the existing grazing reserves had already been carved out, demarcated and gazetted.

He added that 141 out of the 416 grazing reserves, spread across the six geopolitical zones of the country with a total of 3.4 million hectares of land, had been gazetted.

Usman stressed that the idea behind developing the grazing reserves into ranches was to provide state -of-the- art grazing resources for livestock herders in the country.

This, according to him, will curtail the persistent farmer-herder conflicts that are threatening peace and security in the country.

He noted that transformation  of Nigeria’s livestock industry would cause a paradigm shift from a predominantly traditional, informal and uncoordinated industry, to a more formal and organised one.

He said, “The main idea of developing the grazing reserves into ranches is to provide state –of- the –art- grazing resources for livestock herders in the country with a view to curtailing the unending farmer-herder conflicts that are threatening the existence of Nigeria as a nation.

“This can be achieved through the transformation of grazing reserves into ranches otherwise known as Intensive Livestock Production Systems.

“This entails training and re-training of front-line staff and other key stakeholders, effective community mobilisation and sensitisation through extension services.

“It also involves the identification, mapping and clustering of pastoralists and their communities in the existing grazing reserves as evidence based data preparatory for the full implementation of ranching concept in the country.

“It equally entails the provision of the requisite resources and infrastructure to serve as a window of opportunities for the livestock producers to have access to improved production facilities and social amenities.

The NCNE boss disclosed that the commission had established 17 model nomadic education centres in the gazetted grazing reserves and would work closely with the Coordinating Office of the National Livestock Transformation Plan.

Earlier,  the Director of the NCNE’s Department of Extension Education and Skills Development, Dr Abdu Ardo, said that the training was organised to build the capacity of participants to mobilise and sensitise pastoralists to the remodelling process.

Declaring the workshop open, the Special Assistant to President Muhammadu Buhari on Agriculture, Mr Andrew Kwasari,  said that the measure would end the protracted famers-herders clashes over scarce land and water.

We are not aware of remodeling – Benue

But the Benue State Commissioner for Agriculture and Natural Resources,  Dr Timothy Ijir, said that the state was  not aware of the plan by the Federal Government to remodel the grazing reserves.

Ijir, in an interview with one of our correspondents,  said, “If there is any arrangement by the Federal Government to restructure or remodel grazing reserves then we are not part of it. The Open Grazing Prohibition and Ranching  law enacted by the state government is still in place and we are not ready to compromise it.

Pigs are part of our livestock transformation plan – Benue

“In the new Livestock Transformation Plan, we are going to localise it to include pigs, goats and of course cattle.But this will strictly conform with the law prohibiting open grazing, which also provides for ranching of animals in the state.

“Any thing short of this, the state will not accept. We are not part of anything like  grazing reserves.”

Remodelling is strange to us – Plateau

On his part, the Plateau State Commissioner for Information, Mr Dan Manjang, said only ranches were  known to the state government  in line with the National Livestock Transformation Plan  of the Federal Government, and not any remodelling.

According to him, the state government had already acquired land for ranching in two local government areas of the state. He added that remodelling amounted to putting another dimension to the entire project which he described as strange.

He said, “All we know is ranching and we have already keyed into the project.  The state government has already acquired land in Wase and Kanan local government areas for that purpose in line with the NLTP of the Federal Government. So, anything  remodelling  is putting another dimension to it which is alien to us.

He noted that out of the 68 grazing reserves in the state, only five would to be used for ranches for the NLTP.

He said, “The only thing the state has keyed into is the National Livestock transformation plan; a government private sector approach to all livestock issues,  which is not ruga as far as we have conceived it.”

But the Director General in charge of Media and Publicity to the Zamfara State Governor,  Alhaji Yusuf Idris,  said the state government was planning to remodel the two games reserves in the state.

He said the state government had already revoked all land allocations to individuals and companies from 1999 to date with a view to giving  a befitting facelift to all games reserves and cattle ranches.

According to him, there are two games reserves to be remodelled. These, he said, were  Kalale and Kuyanbana game reserves  in Dansadau district of the Maru Local Government Area of the state.

However, some officials of the Federal Ministry of Agriculture and Rural Development said on Tuesday that the Federal Government had been working on the conversion of some grazing reserves to ranches.

It was gathered that this was one of the ways the government had mapped out to address clashes between farmers and herders.

Although details of the conversion could not be released when our correspondent contacted the ministry officials on Tuesday night, it was learnt that about 100 grazing reserves had been identified as available for possible conversion to ranches.

“The issue of converting grazing reserves to ranches has been on for some time now and some of the gazetted reserves have been identified,” an official who spoke in confidence, said.

Another official stated that the ministry was working with other agencies of the federal and state governments on the issue, adding that the Office of the National Livestock Transformation Plan was also involved in the process.

In July 2018, a former spokesperson for the FMARD, Tolu Makinde, stated that about 177 grazing reserves out of the 415 across the country were being considered for conversion to ranches.

“There are 415 grazing reserves and as I am talking to you now, we have 177 that have been gazetted, which are still legal and open,” Makinde had told our correspondent in Abuja.

He added, “The 177 of them are the ones the ministry is going to work with and some state governments are also willing to join in; but they have to sit down with the Federal Government to discuss all the necessary modalities.”

Recall last year that some state governments rejected a plan by the Federal Government to establish ruga settlements across the country for Fulani herdsmen.

But after the rejection of the settlements, the Federal Government introduced the National Livestock Transformation programme, which it said was optional for states. 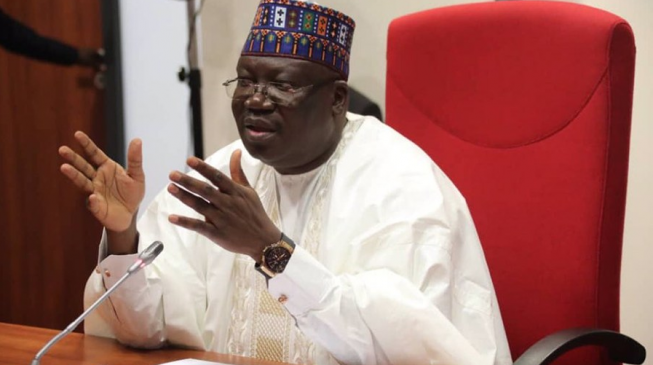