Insecurity: Over 2000 teachers have been killed since North East insurgency started - TRCN 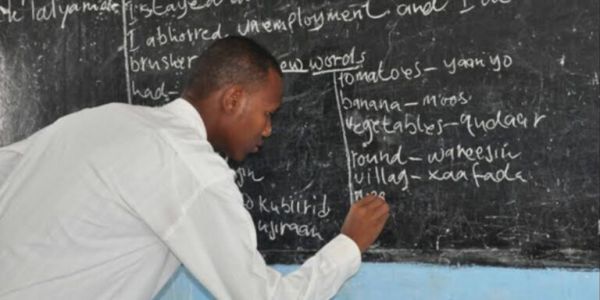 The Teachers Registration Council of Nigeria (TRCN) has announced that due to the poor state of basic education in the North East, approximately 1,500 schools have been forced to close.

Professor Olusegun Ajiboye, TRCN’s Registrar and Chief Executive Officer, made these revelation while delivering a speech in Ibadan, Oyo State.

He stated that terrorism-related insecurity forced the schools to close.
He spoke during the NUT National Delegates Conference in Ibadan.

Ajiboye also disclosed that over 910 schools have either been damaged or destroyed while about 2, 295 teachers have been killed in the insurgency between 2009 and 2022.

Ajiboye asked the Federal Government to review its security architecture, insisting there is a need to address the security situation in the region.

He said, “Over 1,500 schools have been forced to close in North eastern Nigeria due to terrorism and insurgency.

“Over 910 schools have either been damaged or destroyed while 2, 295 teachers have been killed in the northeast between 2009 and 2022.

by TaboolaSponsored LinksYou May Like
Oprah Winfrey And Stedman Graham prove that only love matters
The Travel Breeze
Andre Agassi's Expensive Divorce Makes History
Articles Vally
“Government should implement fully the safe schools’ declaration guidelines endorsed by Nigeria in 2015 and ratified by President Muhammadu Buhari in 2019.

“The presence of armed forces in and near schools can make it a target of retaliatory attacks increasing the risk to children and teachers as well as the likelihood that education will be disrupted”.