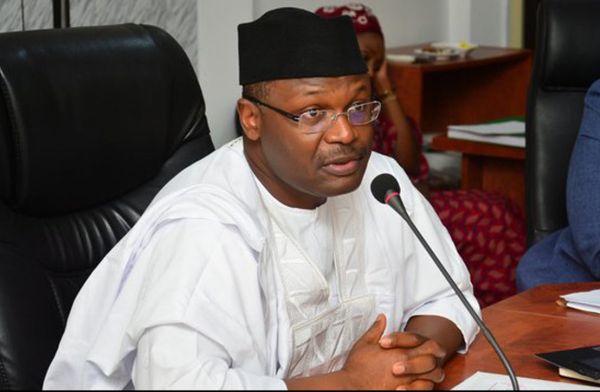 The assurance was given at the Election Monitoring and Support Centre (EMSC) Amber Zone Implementers Workshop for 2023 General Elections, organised by INEC in collaboration with Development Alternatives Incorporated (DAI) and European Union Support for Democratic Governance in Nigeria (EUSDGN).

In his address, Lagos State Resident Electoral Commissioner, Olusegun Agbaje, stressed that the EMSC remains a proactive measure to reducing challenges during elections.

He explained that notwithstanding the fact that the constitutional responsibility and obligation of INEC were to conduct free, fair, credible and hitch-free polls, the commission must demonstrate its ingenuity, capability, commitment and determination to undertake a credible exercise next year.

“It’s crystal clear that all eyes are on INEC, Nigeria’s electoral umpire, concerning the conduct of the much-anticipated 2023 general elections. It is, therefore, imperative that all hands must be on deck to support and avail preparations that are on top gear for a resounding success in the forthcoming general elections. The commission cannot just afford to fail because the consequences would be too grave to contemplate,” Agbaje added.

Special Adviser to INEC Chairman, Prof. Mohammed Kuna, while stressing importance of the training to overall health of the electoral process, acknowledged, however, preparations had begun in earnest.

He harped on the need to take inventory of readiness state-by-state and council-by-council. He said: “This training provides us at both HQ (Headquarters) and state levels, an opportunity and the necessary tools to have clear assessment of the readiness statuses, as well as to have total control over all planned activities.

“Doing so frees up more time to deal with unplanned or unanticipated events that may arise during the elections.”

Kuna said although an election holds in day, but the activities leading to its conduct are numerous and involve crisscrossing responsibilities that must be shouldered by all.

He continued: “Each has a role to play, and no role is too small in the effort to do this. We have done this before in Ekiti and Osun. We can do it again by meticulously monitoring implementation of the 2023 general elections in the remaining days to identify gaps, assess risks and provide overall leadership and guidance to the entire range of ad hoc staff in the field.

“Identified gaps must be filled and emergent risks addressed so that voters can come out on election day to cast their votes for their preferred candidates. The commission has promised Nigerians the best election it has so far conducted.

“It is a national responsibility, it is a national obligation. I trust that both will be creditably undertaken and fulfilled with utmost care and dedication. The EMSC will help you in the performance of these tasks. I urge you to pay close attention to the sessions in the next two days.”