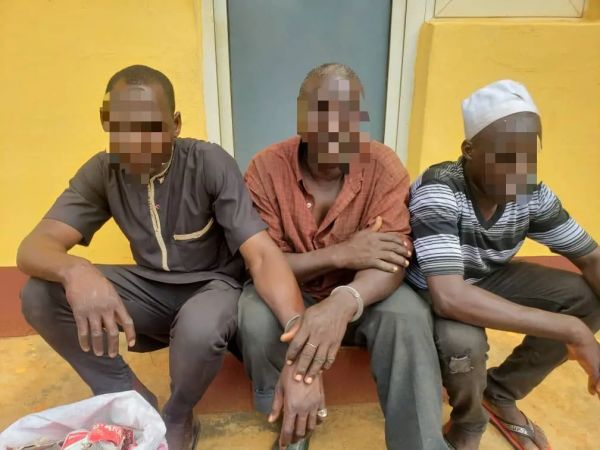 Residents of Unity Estate, Poro-Imope, Idiroko, along Itamaga-Ijede Road, Ikorodu, on Saturday, uncovered a scrap yard where live cartridges were reportedly stored in the area.

Two commercial vehicles, some dismantled motorcycles and personal effects were also intercepted at the yard said to be managed by a group of non-Yoruba men.

Eye witnesses’ account said the discovery took place at about 12.30pm when one of the residents who was passing by noticed a suspicious move by the group and thereafter raised the alarm that attracted other residents.

One of the residents, Mr Alao Kehinde who alerted Vanguard about the discovery said apart from the suspicious move, he noticed the men loading the items in two vehicles with the motive of moving to an undisclosed destination.

Immediately, the resident was said to have quickly alerted his neighbours before the vehicles took off.

Fortunately, some members of Oodua Peoples’ Congress, OPC and Ikorodu Peace Initiative were said to have rushed to the scene and three suspects were apprehended in the process.

According to Also, “the scrap yard has been operating in the area before now but nobody suspected that they could be dealing in cartridges until we witnessed what transpired today,”

It was learnt that the three suspects were handed over to men of Igbogbo Division for interrogation while the cartridges, vehicles and other items were recovered from the scene.

Speaking with Vanguard, Rasheed Fatuga, the Founder, Ikorodu Ambassadors Group who was among the first responders at the scene said, “I escorted the suspects to the Police station, I rode with the Ikorodu Peace Initiative in their car.

“Residents of the community uncovered the yard and raised the alarm that attracted law enforcement operatives.”

“The suspects, recovered exhibits as well as the vehicles, with registration numbers KMC 438 YK and KMC 394 XF have been transferred to the Lagos State Command Headquarters, Ikeja for further investigations. “