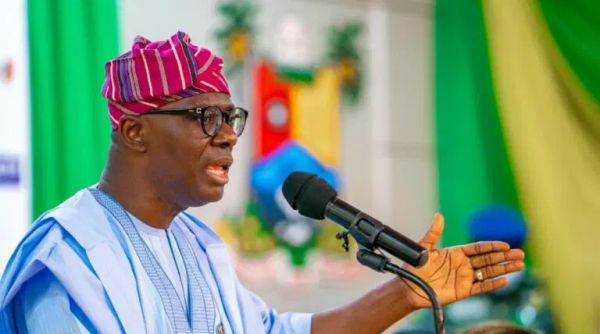 Lagos State Governor, Babajide Sanwo-Olu, has explained why he, alongside his Deputy, Dr Obafemi Hamzat, deserved a second term in office in 2023.

Sanwo-Olu admitted that the last three and half years had been challenging for his administration, noting that his government traversed difficult terrains to deliver on its development objectives.

He made this known at the flag-off of his campaign at the Mobolaji Johnson Pavillon, Onikan, Lagos, with the theme, “Greater Lagos Rising”.

The governor noted that the massive turnout by Lagosians was a confirmation of the strength of the ruling All Progressives Party in Lagos.

Speaking during the rally, Sanwo-olu said, “Our administration has traversed difficult terrains and witnessed major disruption occasioned by the global pandemic. Lagos had its fair share in the attendant socio-economic meltdown, but we provided strong leadership that protected the people and made the State come out better and stronger.

“Now, we can say ‘Greater Lagos Rising’ because our state is rising on all of our modest achievements through the THEMES agenda. In Transportation and Traffic Management, Lagosians are now living with the reality of the delivery of two intracity Rail Mass Transit projects that are on the verge of completion.”