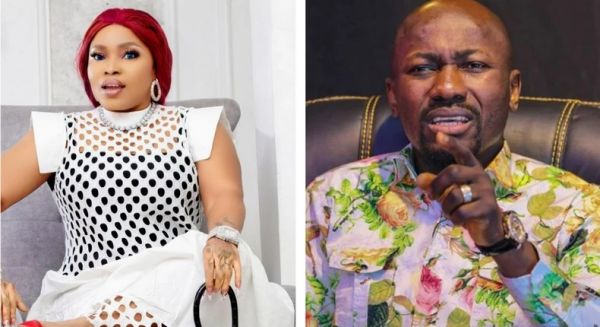 Nollywood actress, Halima Abubakar has replied famous clergyman, Apostle Suleman after he threatened to sue her for alleged defamation.
Suleman had yesterday warned the actress that if she doesn't apologize, he will take her to court for all the accusations she leveled against him.
Recall that the actress had called out the General Overseer of Omega Fire Ministries International multiple times over a s3x scandal and their affair.
The document of the legal action reads:
“DEFAMATORY STATEMENTS CONCERNING APOSTLE JOHNSON SULEMAN: NOTICE TO CEASE AND DESIST
“Dear Ms Halima Abubakar, Our client is an Apostle and Senior Pastor of the Omega Fire and Miracle Ministry International, with branches in all states of Nigeria and several countries of the world. 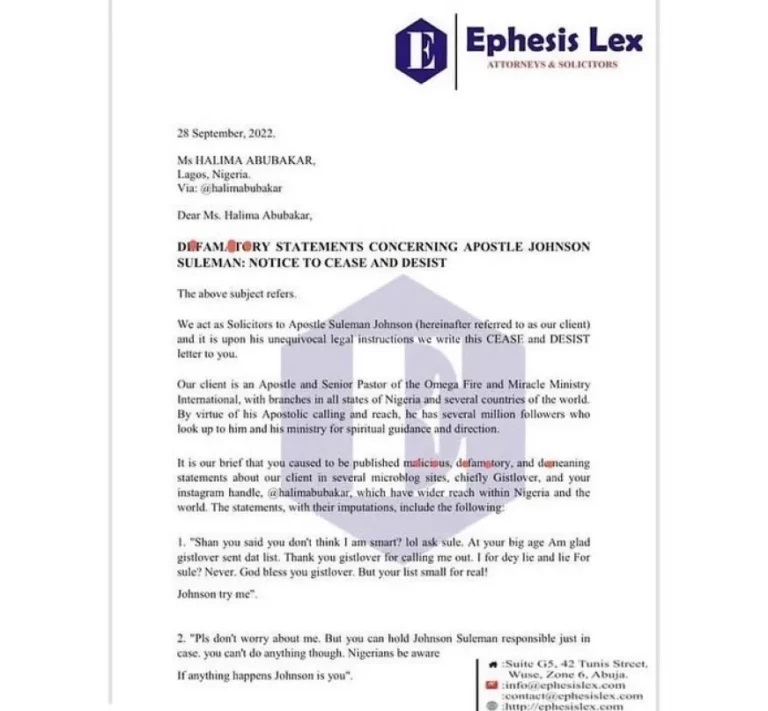 By virtue of his Apostolic calling and reach he has several millions of followers who look up to him and his ministry for spiritual guidance and direction,” it reads.
“It is our brief that you caused to be published malicious, defamatory and demeaning statements about our client in several micro-blog sites, chiefly Gistlover, and your Instagram handle Halima Abubakar, which have wider reach within Nigeria and the world.
“These statements, made by you, knowing fully well that they are false, untrue, malicious, defamatory, baseless, and a tool of blackmail of our client, impugn the reputation of our client and reduce him in the eyes of responsible and right thinking members of the society.”
Responding to the threat of letter by Suleman, Halima Abubakar said she's ready to go to court.
In an Instagram story, she wrote, “JS Suree, see you at the court.” 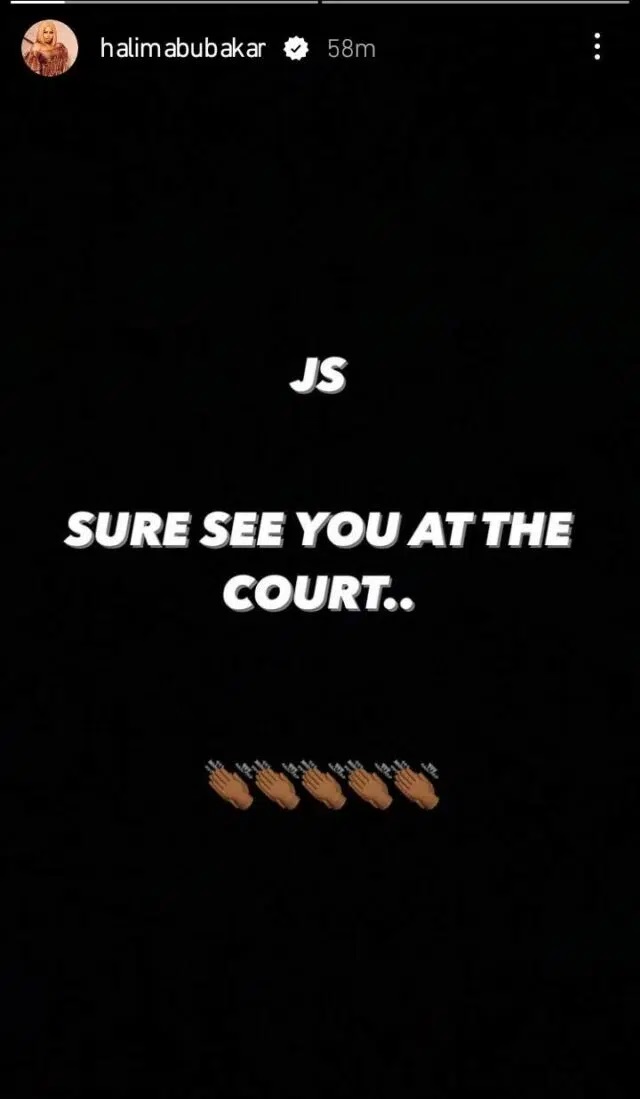