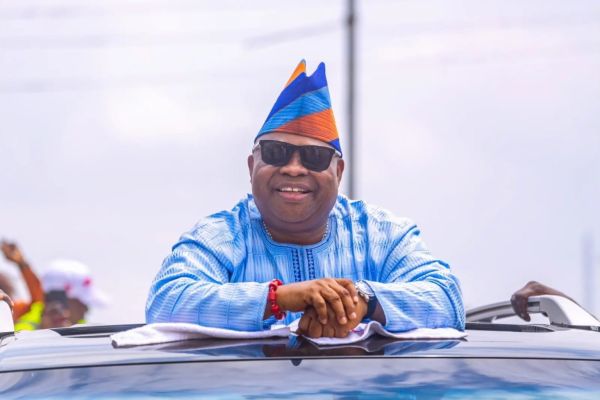 Governor Ademola Adeleke of Osun State has warned transport workers’ unions in the state to desist from violence.

In a statement signed by Olawale Rasheed, the spokesperson to Governor Adeleke the state governor directed all security agencies to maintain the status quo across the motor parks.

There had been reports of attacks between rival gangs within the transport unions in the state.

A pregnant staff member of the union, identified as Doyin and an official of the National Union Of Road Transport Workers (NURTW) in Osun State, were allegedly beaten by factional members of the union who went berserk while trying to take over some motorparks with cutlasses and other dangerous weapons.

In the process of the attack, it was reported by the state secretariat of the Union located at the Sadiat Hotel area of the state capital, that Financial Secretary of the Union, Sunday Akinwale, was badly injured.

All union leaders and their supporters are hereby directed to remain calm and bring any grievances to the State Government for resolution.

Security agencies are consequently directly to maintain law and order,” the statement read in part.