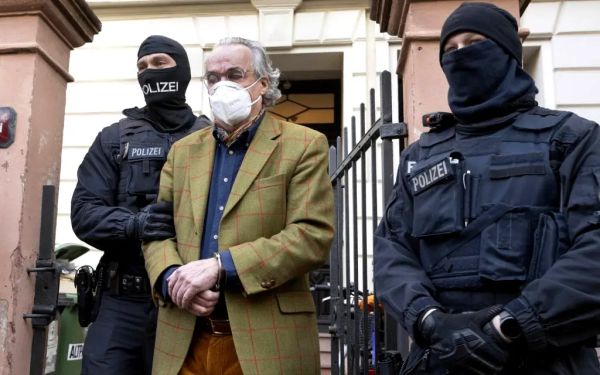 German police on Wednesday arrested 25 people across the country on suspicion of plotting to overthrow the government, BBC reports.

The report revealed that the suspects include soldiers and supporters of a far-right group who allegedly sought to oust Olaf Scholz-led government through a coup.

The raids took place across Germany to abort the suspects’ scheme to install a prince who had sought support from Russia as a national leader based on the federal prosecutor’s office.

About 3,000 officers conducted the raids today at 130 sites across 11 German federal states against adherents of the so-called Reich Citizens (Reichsbuerger) movement.

Prosecutors said members of the movement were suspected of “having made concrete preparations to violently force their way into the German parliament with a small armed group”.

The 22 arrested individuals were German citizens and have been detained on suspicion of “membership in a terrorist organisation.”

It was also learnt that three others allegedly supporting the organisation had a Russian citizen among them.