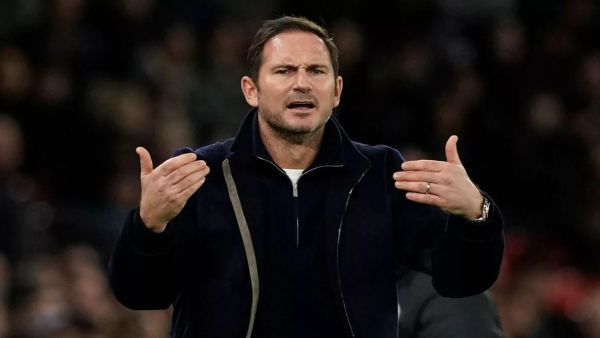 News of the 44-year-old’s departure emerged on Monday, two days after a defeat at West Ham United that left Everton second from bottom of the Premier League.

The board of directors had been present at the London Stadium on Saturday to watch the latest defeat
for a side now winless since October. Alongside them was majority shareholder, Farhad Moshiri, attending a game with Lampard in the Everton dugout for the first time. His first game of Lampard’s reign was to be the manager’s last.

A battling point at Manchester City on New Year’s Eve offered signs of hope that failed to materialise but the 4-1 home defeat to Brighton days later left Lampard in a critical position.

In the three weeks that followed he was unable to bring about progress on the pitch. Off it, his reign was further undermined by the legacy of mismanagement at Everton that left him without the tools required to reset the season.

The club did not secure a signing in the first three weeks of a crucial transfer window, largely due to the financial constraints of the hundreds of millions of pounds squandered before his arrival.

Meanwhile, the club became engulfed in crisis as relations between the board and fanbase disintegrated as supporters sought answers over why their club was hurtling towards another relegation.