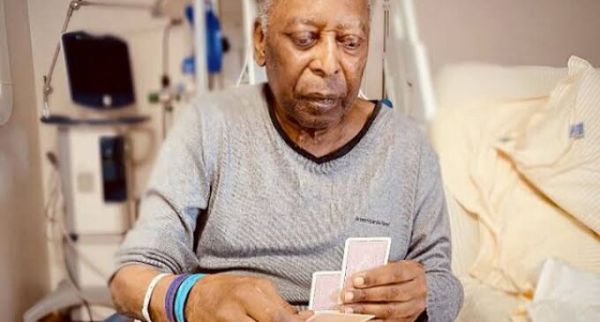 Pele, Brazilian football legend, has reportedly been transferred into a palliative care ward in a hospital after he stopped responding to chemotherapy treatment for colon cancer.

According to a report by Folha de S Paulo, a Brazilian newspaper, the 82-year-old has been put off chemotherapy with only palliative care for pain and shortness of breath being administered to him.

Palliative care is specialised medical care for people living with a serious illness. The care is meant to arrest the symptoms of the illness.

The three-time World Cup winner was admitted to Albert Einstein hospital in São Paulo on Tuesday to re-evaluate his cancer treatment.

Reports said he was being treated with antibiotics for a respiratory infection.

On Friday, the hospital revealed that Pele’s condition was “stable, with a general improvement in his health status”.

The hospital is however yet to confirm if his situation has worsened.

The healthcare organisation said it would only announce that through an official release.

Pele was diagnosed with colon cancer in September 2021 and spent two weeks in the hospital in December of the same year.

He is regarded as one of the greatest footballers of all time.

He rose to international fame at just 17 and led Brazil to three World Cup triumphs.

The Brazilian, who retired in 1977, also famously scored over 1200 goals during his career.