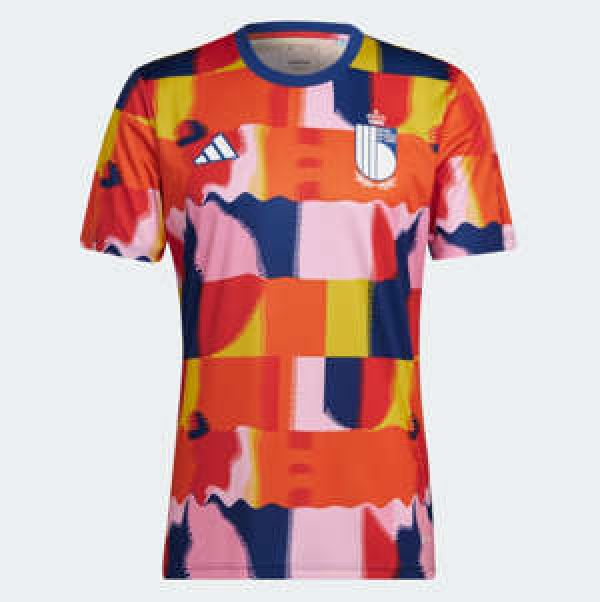 FIFA has banned Belgium from wearing their vibrant warm-up shirt at the World Cup in Qatar.

Belgium’s World Cup campaign begins against Canada on Wednesday, while Roberto Martinez’s side will also play Morocco and Croatia in Group F.

But just days before their tournament starts, Belgium have been forced to make some last-minute kit alterations at FIFA’s behest.

Eden Hazard was due to wear the OneLove armband until FIFA stepped in on Monday and failed to provide assurances that players would not receive a yellow card or a possible suspension for the gesture. Harry Kane, Gareth Bale and Virgil van Dijk all opted not to wear the armband for their World Cup games on Monday, and Hazard will now follow suit on Wednesday.

However, FIFA has also taken umbrage over Belgium’s warm-up shirt which the players had been due to wear on the pitch during their pre-match preparations.

The reason for the change is because Belgium’s kits are inspired by the fireworks of Belgium’s famous music festival Tomorrowland, which aims to promote diversity, equality and inclusion.

Belgium’s spokesperson, Stefan Van Loock, claims FIFA has made the requests due to a ‘commercial link’ with Tomorrowland.

The festival’s logo is incorporated in the ‘o’ of ‘love’ on Belgium’s away kit, while FIFA claims the warm-up shirt colours reference Tomorrowland, even though there are no logos on the jersey.

‘Most of my colleagues were at the opening match, I don’t think they saw anything of the spectacle. We had other concerns.