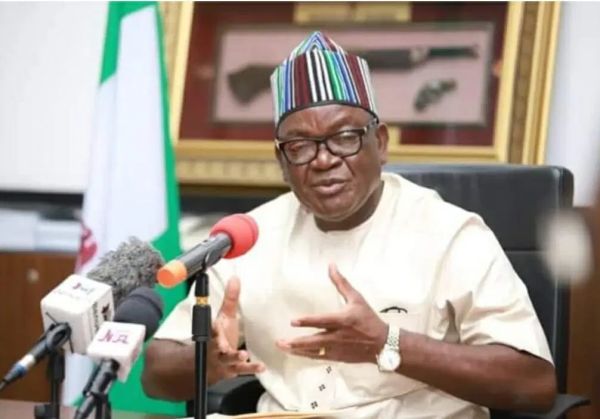 For the umpteenth time, Benue State Governor Samuel Ortom has accused the federal government of complicity in the country’s terrorism problems.

He argued that the federal government was defending herdsmen who were carrying out unjustified killings in Benue State.

Governor Ortom disclosed this in a discussion with journalists on Sunday, January 22nd, 2023, shortly after visiting victims of herdsmen attacks on Abagena IDPs camp who are undergoing treatment at the Benue State University Teaching Hospital, Makurdi.

Governor Ortom, who was visibly angry by what he saw, said, “This is my pain, since 2015, I have cried out loud that the federal government is complicit to the issues of terrorism by herders in Niger Republic from Futa Jalon (Senegal), Cameroon, Mauritania and Libya and other parts of the world so that they will come to Nigeria and take it and make it their country.

According to the governor, “the day that the Federal Government wants these acts of terrorism against our people to end, that will be it. But for now, they are complicit. They are working with them to push for the take-over of this country and make this country a Fulani nation.”

The governor insisted that, “I am quoting the Fulani National Movement, I am quoting Miyetti Allah Kautal Hore who are responsible for these recruitment and killings that are going on. No one has attempted to even call these people and question them and do the needful. If we are a country that believes in the rule of law, this will not continue.”

He expressed disappointment over the continued invasion and killings of Benue citizens by foreign Fulani terrorists, saying, “We are fed up with this kind of lawlessness that is going on.”

“I have restrained myself from becoming a lawless governor or a lawless leader, because this will lead to anarchy and when we get to that level that is war and nobody can pray for war. Those who have experienced it before, including security agencies, none of them will ask for this kind of situation,” he added.

Some of the victims included 14-year-old Emberga Ukpoor whose hand was cut-off, Terna Ikyaan shot in the abdomen, Kwaghve Terkimbi, 14 with his ear chopped-off, Agber Ikyume, Regina Gbashaor, Eunice Iyua were inflicted with various degrees of injuries while an aged woman, Esther Num was shot at and the bullet penetrated her waist.

The chief medical director of the Benue State University Teaching Hospital, Prof Terrumun Swende, who conducted the Governor round the wards where nine of the survivors are receiving treatment briefed the Governor on the condition of each victim.

After the attack a few days ago at the Abagena IDPs camp on the outskirts of Makurdi, nine persons were confirmed dead with one having his head cut-off and taken away by the bandits.