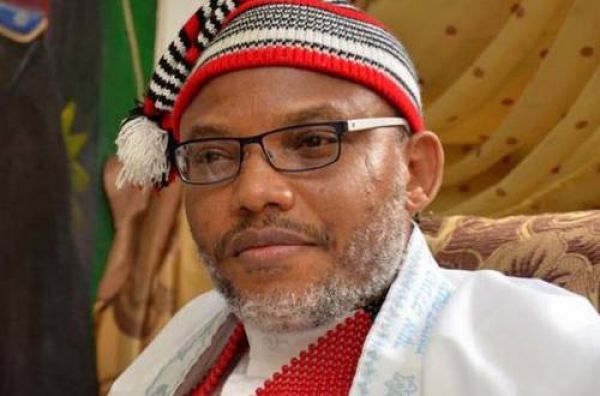 The detained leader of the Indigenous People of Biafra, Nnamdi Kanu's legal team, has made a case for his release.

They demanded his immediate unconditional release from custody of the Department of State Services to enable him access medical personnel of his choice.

Kanu’s lead counsel, Ifeanyi Ejiofor, made the demand in a statement in Abuja on Friday.

Ejiofor said his client had been in excruciating pains and had not been able to eat for 48 days due to some gastrointestinal disorder.

The lawyer alleged that while the DSS medical facility was ill-equipped to address Kanu’s health, the security agency had also denied his client access to his preferred physician.

He said, “As usual, the court-ordered routine visit to our client , Onyendu Mazi Nnamdi Kanu, was conducted today at the DSS headquarters in Abuja, where Onyendu is still being held in solitary confinement for over 14 months.

“Today’s visit was centred on our curiosity to ascertain the level of compliance by the DSS with providing Onyendu the requisite medical treatment that would address his deteriorating health condition.

“Sadly, we made startling discovery that despite the alarm raised on Monday, calling for the intervention of responsible foreign governments and institutions, on the DSS flagrant disobedience to orders of court, particularly in denying Onyendu access to his personal medical doctor and medication, the DSS immediately resorted to a local chemist store to procure substandard drugs to be administered on Onyendu.

“Since it is now obvious that the DSS does not have the facility, capacity and or resources to manage Onyendu’s deteriorating health condition, we are compelled to publicly implore the DSS, to allow us have Onyendu back unconditionally, or better still, allow us to purchase the prescribed drugs for Kanu pending his unconditional release from their custody.’’