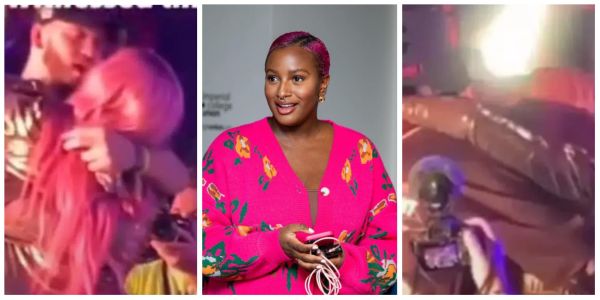 Naija News reports that this is coming barely six months after her sister, Temi got engaged to Nigerian singer, Mr Eazi.

Cuppy while congratulating her sister and the singer on social media, had urged the love birds to find her a man because she was also part of their love story.

However, the female disc jockey has finally said yes to her white boyfriend at a public concert, outside Nigeria.

In the video making the rounds online, DJ Cuppy, who seemed surprised when her boyfriend popped the big question, said yes and followed it with a passionate kiss on stage.

Cuppy was also seen hugging the unidentified white man as the audience screamed and clapped in excitement.