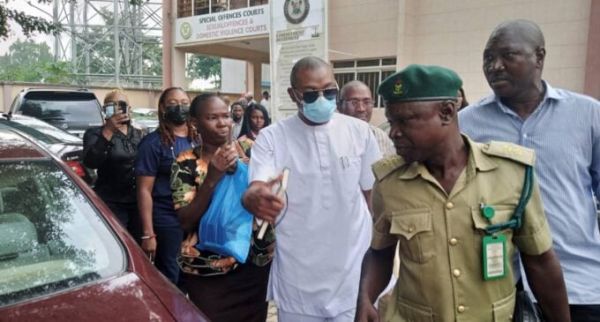 A special offences and domestic violence court in Lagos has remanded Femi Olaleye, managing director of Optimal Cancer Care Foundation, in Ikoyi prison pending the fulfilment of his bail conditions.

Olaleye was arraigned by the Lagos state government on Wednesday.

The medical doctor pleaded not guilty to the two-count charge of defilement of a child and sexual assault by penetration.

Olaleye was accused of sexually violating a minor, who was said to be a niece of his wife, for over 20 months.

Remi, the wife of the medical doctor, in an interview in October, corroborated the sexual violation allegations against her husband.

She also accused the medical doctor and his family of threatening her for reporting the alleged rape case to the police.

Many Nigerians had taken to social media to call for the arrest and prosecution of the medical doctor over the alleged rape.

Akin Abayomi, the state’s commissioner of health, subsequently revealed that the Health Facilities Monitoring and Accreditation Agency (HEFAMAA) had been directed to conduct a “thorough investigation” into the allegation.

The commissioner had said the agency would deploy a team of monitors to Olaleye’s facility to get credible information.