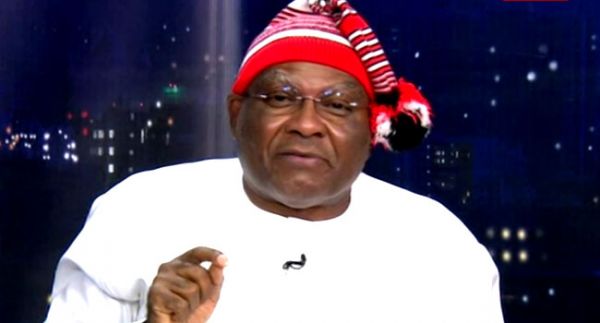 Chimaroke Nnamani, a Peoples Democratic Party (PDP) senator, has been listed as a member of the All Progressives Congress (APC) presidential campaign council.

Nnamani was included in the 422-member list released on Friday.

However, the senator representing Enugu east senatorial district is a card-carrying member of the major opposition party.

In August, Nnamani, in a Twitter thread, expressed his opposition to the criticisms of the health condition of Bola Tinubu, the presidential candidate of the APC.

Nnamani, a medical doctor, had criticised the “shameless campaigns and parodies” aimed at the APC standard bearer.

The senator said he was appalled by the “extreme and unprofessional” attacks directed at the former Lagos state governor.

“I vigorously oppose, protest and detest the shameless campaigns and parodies targeting Tinubu’s health,” he wrote.

“As a health worker, I am amazed by ignorance, foolishness, wickedness and callousness of these idiotic operators. I believe they are unwarranted, extremely unprofessional, and have no place in our polity.”

Nnamani cited Tinubu’s works in criminal justice, education, and health, adding that he left a “lasting legacy of hard work in Lagos infrastructure”.

The senator did not answer or return calls and SMS sent to his mobile phone by TheCable.