CBN Deadline: Only 4 Out 17 LGAs Have Banks In Yobe - Gov Buni Cries Out 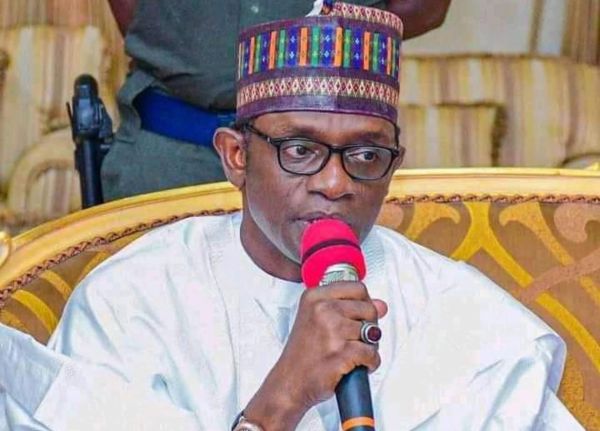 Yobe State governor, Hon. Mai Mala Buni, has appealed to the Central Bank of Nigeria (CBN) to give a special concession and alternatives to the people of Yobe against the backdrop of January 31 dateline for use of old Naira notes as legal tender.

A statement issued by the director-general, Press Affairs and Media to the Governor, Mamman Mohammed, on Sunday, said Governor Buni believed that the appeal became necessary due to lack of banking services in most parts of the State.

“Some of the banks with branches in the local government areas closed the branches at the peak of the Boko Haram security challenge but are yet to reopen in spite of the improved security in the State.

“The CBN should be considerate to provide special services to such areas with special needs to avoid making them victims and losing their money.

“The CBN and commercial banks should as a matter of urgent public interest deploy alternative services at their disposal to salvage the situation.

“As a regulatory body, CBN should also ensure commercial banks open branches in the local government council headquarters now that there is improved peace and security across the State,” the governor was qouted as saying in the statement.

Governor Buni added that the improved security in Yobe State and the North-East generally makes it conducive for the banks to resume operations and open new branches in the local government area headquarters and other towns.

Buni, however, expressed fear that until something urgent is done, many people may fall victims of failing to exchange their old Naira notes with the new notes.

Buni
ADVERTISEMENT
“As a government we made these observations earlier but the challenge is still there and needs the intervention of the Central Bank of Nigeria to save the situation,” Buni added.