Budweiser to Give All its Unsold Beer To World cup Winner; Seeks $70M Compensation Following Ban 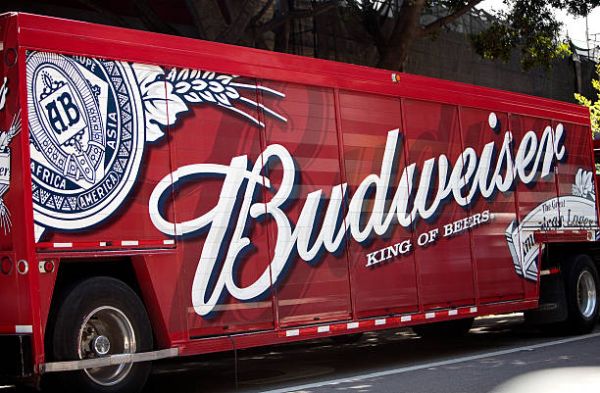 This year’s World Cup winner will not only take home the famous gold trophy, the acclaim of the footballing world, but apparently a shed tonne of beer too!

Following Qatar officials’ diabolical eleventh-hour decision to ban full-strength beer sales at matches, the tournament’s beer sponsor, Budweiser, has found itself with a warehouse full of brews it can no longer sell.

So, in the spirit of the game, the beer giant tweeted last night that the winner of the tournament would also take home all its unsold beer. Although exact details of how that would happen are yet to be announced.

To its credit, Budweiser bosses have been reasonably good humoured about the ban considering they stumped up $US75 million ($A113 million) for the exclusive rights. When the ban was announced, the brand tweeted, “Well, this is awkward!” It has since deleted the tweet.

It’s also unclear what sort of compensation Budweiser’s owners, the Belgium-based multinational Anheuser-Busch InBev, will seek following the ban. There has been reports that the company is seeking a $A70 million reduction from FIFA for its sponsorship of the 2026 World Cup to be held jointly in Canada, the US and Mexico.

Not to mention the huge expense in shipping the beer to Qatar in the first place. The beer was brewed in the UK and then sent on a 30-day, 13,000 kilometre journey via sea.

Qatari chiefs are allowing its non-alcohol variant Budweiser Zero to be sold in and around the stadiums. The full-strength stuff can still be purchased at a fan site in Doha with reports a 500ml can is selling for $A22.

And fans aren’t happy. During the opening game between Ecuador and Qatar, Ecuadorian fans were heard goading their hosts with chants of “we want beer”.

Confirming the ban, a statement issued by FIFA read: “Following discussions between host country authorities and FIFA, a decision has been made to focus the sale of alcoholic beverages on the FIFA Fan Festival, other fan destinations and licensed venues, removing sales points of beer from Qatar’s FIFA World Cup 2022- stadium perimeters.

“There is no impact to the sale of Bud Zero which will remain available at all Qatar’s World Cup stadiums. Host country authorities and FIFA will continue to ensure that the stadiums and surrounding areas provide an enjoyable, respectful and pleasant experience for all fans.

“The tournament organisers appreciate AB InBev’s understanding and continuous support to our joint commitment to cater for everyone during the FIFA World Cup Qatar 2022.”