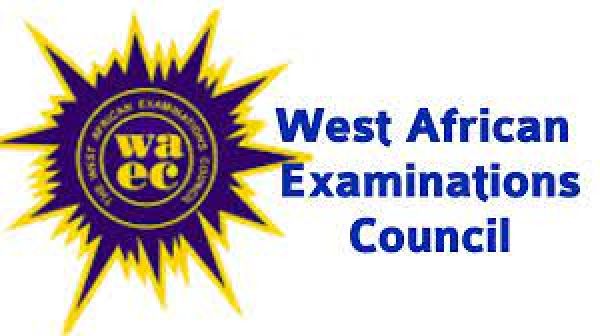 Mixed reactions have continued to trail the recent delisting of some secondary schools in Oyo State by the West African Examinations Council (WAEC).

Information made available to DAILY POST revealed that no fewer than fifty (50) secondary schools in Oyo State have been delisted by the examination body.

The schools were delisted after the recently conducted examination.

They included both public and private secondary schools in urban and rural areas.

The 50 schools were removed from the list of schools where WAEC examinations would be held henceforth due to cases of examination malpractices.

Our correspondent gathered that the recent development has attracted mixed reactions from members of the public and other stakeholders.

While some attributed the development to the government’s inability to improve the standard of education in the State, others are of the opinion that the State government should not be held responsible.

Some of those who spoke attributed the development to parents and the students’ failure to shun examination malpractices.

A parent who identified herself as Olaitan said that the government of the State should not be blamed.

“We even have schools that are established by religious bodies. Who are the principals or heads of those schools? Are they not Muslims or Christians? It shows the level we found ourselves in the country”.

He said that all stakeholders must be blamed for what happened.

He said, “We cannot totally blame the government, everyone is involved. The government must take drastic measures to avoid future occurrences.

“So, it is the responsibility of all stakeholders. We must put a stop to this menace for us to move forward in Oyo State. We are known as a pacesetter State and we must continue to uphold the standard”.

We have zero tolerance for examination malpractices- Oyo government

The State government, disturbed by the development, said that it has zero tolerance for examination malpractices.

The government said that principals and parents of recently delisted schools would be sanctioned.

Abdu-Raheem, in a statement made available to journalists in Ibadan, said the State government would sanction both the principals and parents found wanting.

He insisted that the present government in the State had zero tolerance for examination malpractices.

“It should be noted that the Government of Oyo State will waste no time to investigate any such occurrence, while the necessary punishments as enumerated above will be meted to anyone found guilty,” he said.

However, the major opposition political party in the State, All Progressives Congress (APC) in its reaction said that what happened is an indication that schools have become haven for examination malpractices under the current governor of the State, Engineer Seyi Makinde.

APC made this disclosure through a statement signed by its Publicity Secretary, Wasiu Olawale Sadare.

Sadare in the statement made available to DAILY POST in Ibadan described the delisting of the schools by WAEC as unacceptable and worrisome.

He alleged that education and other critical sectors in the State have been experiencing and recording misfortunes since Makinde came to power in May 2019.

He further alleged that Makinde repeatedly fed the world with lies about people from the United Kingdom, United States and Canada bringing their children and wards for enrollment in the State.

He explained that the population of pupils increases everyday but there are no new classrooms to accommodate them in the State.

“Little did the people realise that Oyo state had gotten into the wrong hands when the present PDP administration of Governor Seyi Makinde began to paint a picture of success in the education sector at an early stage when they ought to have outlined policies and programmes capable of improving the standard they met on ground. Gov. Makinde and some sponsored agents went to town to mislead the world with wrong information.

“At a point, they repeatedly fed the world with lies about people from United Kingdom, United States, Canada among other developed nations bringing their children and wards for enrollment in Oyo State because, according to them, the superman in the governor had turned all the public primary and secondary schools into ivy league colleges when; in fact, the only thing done was the sensational cancellation of N1,000 per term payment by students in secondary schools- an idea initiated by Abiola Ajimobi administration to aid the laudable activities of the School Governing Boards”.

Sadare warned the State government against taking any step to sanction principals, teachers and parents of candidates of the affected schools.

He said, “How can a government which had earlier claimed credit for a fake glory in the education sector now turn round to blame its staff for a manifestation of rot in the same system? If any government would blame only the Principals, teachers and parents for examination malpractices in our schools, it must not be the one that is popular for socio-economic and political malpractices. How can a man who has turned his own house into a store where he stocks bags of dried maize stolen from his employer’s farmland blame his wife for the presence of rodents in his living room?

“The virus of examination malpractices has been with us in this society for some decades now but the rate at which it permeates the school system in Oyo State in the last three and a half years leaves much to be desired. Meanwhile, the surge cannot be blamed on any other one than the present PDP administration since it craves encomiums from all and sundry without readiness to provide the required funds for the smooth and effective running of the system”. 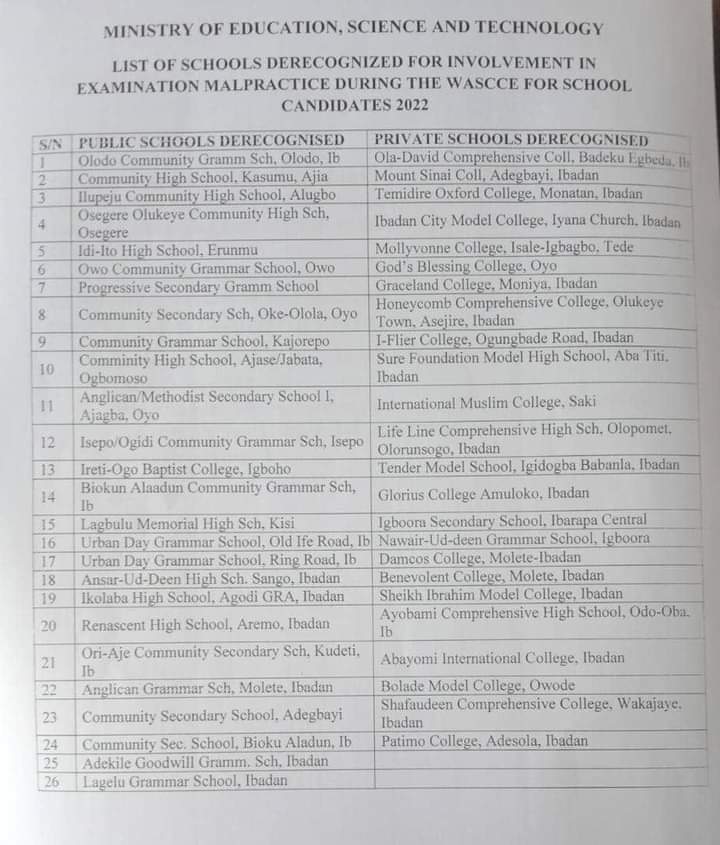