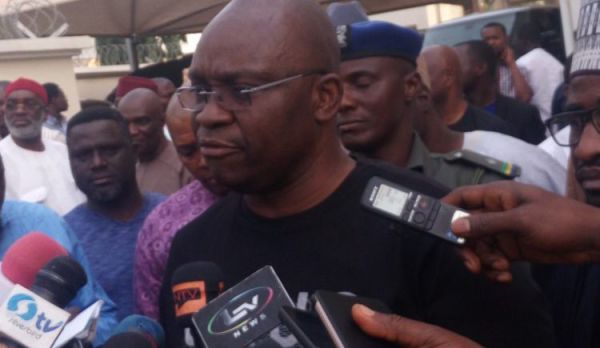 The former governor of Ekiti state, Ayo Fayose has recently mentioned that he does not believe the Presidential candidate of the Labour Party, Peter Obi is going to get the required 25% vote in 24 States in Nigeria.

The politician mentioned this in a virtual interview on Channels Television on Thursday, 17th of November 2022.

According to Fayose, he said that Obi is only going to be a danger to the PDP but that he does not believe he will be able to gather much votes across the states in Nigeria.

Fayose, however, added that he does not also see the PDP winning in the South West and the South East and that the South South is going to be a region where all the frontline parties will get some votes.

In his words, he said;

“Obi is a danger to watch out for. I do not believe Obi will make 25% in 24 States of the federation. I am not against Obi, I love him and he is a vibrant leader but I don’t believe he will get the votes because of my own permutation. But with God, nothing shall be in possible.”

“The South South will be a combination of all interest. Let me now come back to the key States of the North. There is so much work to be done in the North Central. Both PDP and APC have never chosen a presidential candidate from the North West, Kaduna and the rest.”

“The North East is where you have the candidate of the APC. But don’t forget, there is another Kwankwaso, who is a semi–cancer, that can equally upstage figures in the North. Negotiating with Obi will be a good thing.”