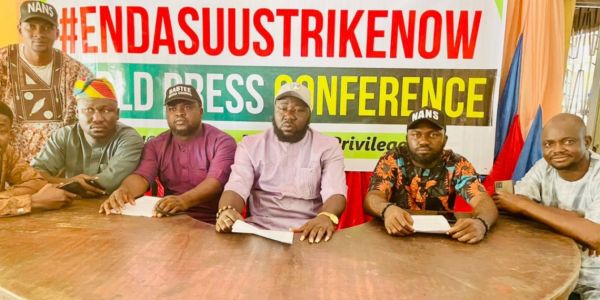 The leadership of the Students’ Union Government from various institutions in Kaduna, on Wednesday, said it has reversed its decision to block the Kaduna-Abuja road for peace and progress in the state.

It also said the union is suspending the protest because of earlier appeals by the security agents and the need to respect constituted authority.

The students’ union, through the Chairman, Taskforce on End ASUU Strike, Dominic Philip, said the union suspended the protest following the intervention of the Commissioner of Police in the state and other security agencies.

The Kaduna Commissioner for Internal Security and Home Affairs, Mr. Samuel Aruwan, had, on Tuesday evening warned the student body of the negative consequences of such an action.

The Goni-Gora, Kaduna-Abuja road, on Wednesday was engulfed with fierce-looking security agencies in strategic locations, watching from different directions.

Some of the security agents sat in their vehicles stationed at different locations around the Gonin Gora community along the highway.