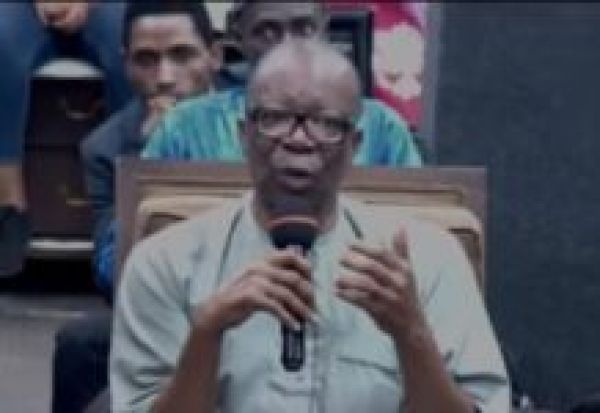 The striking Academic Staff Union of Universities (ASUU) has vowed to appeal yesterday’s order by the National Industrial Court which asked it to resume work immediately.

The union said it had started assembling its lawyers to file an appeal.

ASUU chairman, Lagos Zone, Adelaja Odukoya, in a statement, said: “Our comrade president, Comrade Victor Osodeke, has urged members of our great union to remain calm as there’s no cause for alarm on the back to work order delivered earlier today.

“Our lawyer is filing an appeal and stay of execution of the judgment. Members should remain resolute and strong. A united people can never be defeated. Solidarity without compromise,” Odukoya said.

Earlier yesterday, Justice Polycarp Hamman of the National Industrial Court of Nigeria in Abuja had ordered ASUU to immediately suspend the strike which started on February 14 over the federal government’s failure to implement agreements signed with the union.

Justice Hamman held that the strike was a breach of the Section 18(1)(2) of the Trade Disputes Act which prohibits their action.

The Section provides that “An employer shall not declare or take part in a lock-out and a worker shall not take part in a strike in connection with any trade dispute where the dispute has subsequently been referred to the National Industrial Court under section 14 (1) or 17 of this Act.”

The judge also rejected the preliminary objection by ASUU, which was based on the argument that the federal government’s referral instrument submitted to the court did not follow the due process of the law.

He remitted the case file to the president of the court for reassignment due to the court’s full resumption from the vacation of the previous legal year.

Reacting, the spokesman of the National Association of Nigerian Students (NANS), Giwa Temitope, described the ruling as a “black market judgment.”

Also, Chairman, NANS National Taskforce on #EndASUUStrikeNow, Ojo Raymond, told newsmen in Abeokuta, Ogun State, that NANS would shut down Nigeria in protest and disrupt political campaigns if the government failed to accede to ASUU’s demands within two weeks.

“This government has pushed so many Nigerians students into depression. We say enough is enough”, Ojo said.

He spoke in Abuja yesterday at the public presentation of a festschrift titled ‘Insecurity and Economy of Northern Nigeria in the 21st Century and Beyond’, published in his honour.

“We’re in a democracy, we’re not in a military dictatorship. I believe there’ll be dialogue at the end of the day,” he said.