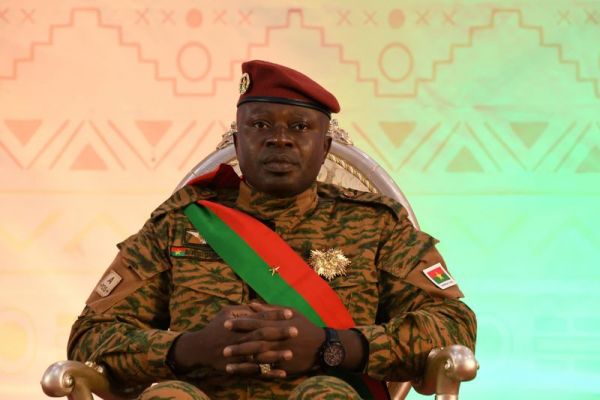 Traore announcement the development in a national broadcast on Friday evening.

Earlier on Friday, TheCable had reported that heavy gunfire was heard from the main military base and some residential areas in Ouagadougou, Burkina Faso’s capital.

A number of armed soldiers had also been positioned along the road leading to the presidential palace.

However, Damiba, in a statement via the presidency’s Facebook a few hours later, said the incident was the result of mood swings, adding that people should not panic over what they are reading on social media.

He said discussions were underway to restore calm following heavy gunfire and fears of a coup.

Traore, in a national broadcast on Friday, cited Damiba’s inability to deliver on his promises as the reason for the coup.

“Faced with the deteriorating situation, we tried several times to get Damiba to refocus the transition on the security question,” he said.

“Damiba’s actions gradually convinced us that his ambitions were diverting away from what we set out to do. We decided this day to remove Damiba.”

According to Traore, Damiba had rejected proposals by the officers to reorganise the army and instead continued with the military structure that had led to the fall of the previous government.

He added that national stakeholders will soon be invited to adopt a new transitional charter and designate a new civilian or military president.

He also announced that borders were closed indefinitely and all political activities were suspended.

The development makes it the country’s second coup in eight months.

The coup leaders cited the worsening security situation and what they described as Kabore’s failure to unite the nation and successfully address challenges, including insurgency.

Damiba had said he would restore security after years of violence but his administration has not been able to effectively end insurgency.

This is Burkina Faso’s eighth successful coup since its independence in 1960.