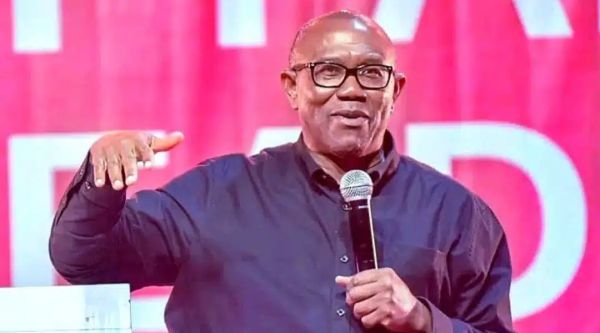 A coalition of youths in Anambra State has described the presidential bid of the Labour Party (LP) candidate, Peter Obi, as a sabotage to the Ndigbo because he has only increased the chances of the ruling All Progressives Congress (APC) at the forthcoming polls.

According to the group, Obi’s entry into the race would spoil the chances of Ndigbo becoming the president after 2023 without a proper alliance with other ethnic groups.

Naija News gathered that the National Leader of the coalition, Dr Chinedu Ekwealor told pressmen yesterday in Awka the capital of Anambra State, that if Obi truly loved Igbos, he should step down his presidential bid in other to give Ndigbo a better chance to prepare.

Ekwealor observed that Obi’s entry into the presidential race was to give an advantage to one of the leading parties, the All Progressives Congress (APC), to win the election.

The group said: “Our brother, Peter Obi, does not have this alliance and knows very well that an irate social media mob does not, and cannot, make him president.

“Obi’s presidential run is sabotage to Ndigbo. What he has only succeeded in doing is increasing APC’s chances of winning the election by depleting the votes of the Southeast for the Peoples Democratic Party (PDP).

“The implication is that the South Easterners will have to stay out of power for a minimum of another 16 years.

“This is because after Tinubu (if he wins), power will return to the North for another eight years, leaving Ndigbo out for another 16 solid years.

“If Obi truly loves Ndigbo, he should step down forthwith and strategise with other well-meaning Igbo elite in charting a way forward for the Igbo nation.

“We repeat, the presidency is not won on the premise of wishful thinking and hullabaloo of an untamed mob, who probably do not even understand the need for a pathway for the Igbo nation, pushing for a new narrative for the Igbo nation.”