Suspected members of the community Security outfit have engaged in a gun battle with kidnapping syndicate suspected to be laying ambush for their victims along Ikpaora, Arondizuogu road in Okigwe local government area of Imo state.

Vanguard gathered from Arondizuogu, that the incident which happened last Monday, has generated tension in the community, especially among villagers plying the community roads.

The men of the security team said they got information about the activities of the bandits from motorists and commuters who encountered the said kidnappers.

As a result of which the community security outfit swung into action to apprehend the bandits from where the gun battle started.

According to an eyewitness they got information while they were escorting a stakeholder from the community who he said was popularly known as Mazi Omekaodimma, “On our way, we got information that armed robbers, kidnappers have blocked the way. We diverted to another route and later disguised ourselves as passengers and moved towards the location of the armed robbers.

“On getting to their position they opened fire on us and we responded to them. They fired their bullets on our vehicles that damaged the engines of our car and parts of the body of the car. 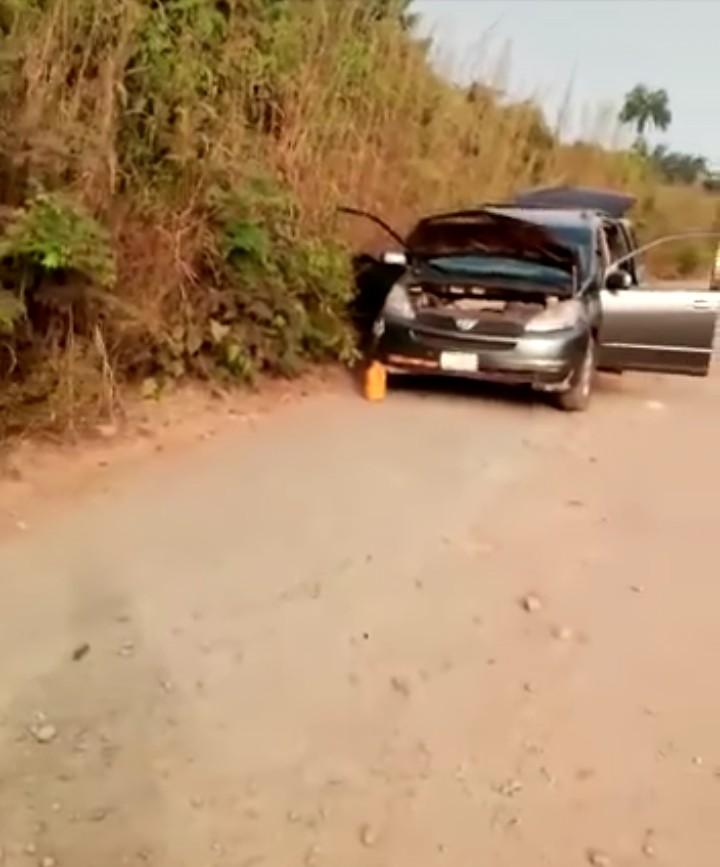 Photo: A vehicle suspected to belong to the security outfit riddled with gun bullets along Ikpaora, Arondizuogu road.

“We were six in number but when the gun battle became too much we called for reinforcement. During the gun duel, some of the bandits got bullet injuries and they escaped. For now, we don’t have the number that was affected. We were able to conquer them and they ran into the bush.”

He alleged that; “We have identified two groups doing kidnapping on this Ikpaora road. He claimed they were suspected of “Fulani terrorist and our Igbo brothers. They work together. One group will come in the morning and the other one will come in the night. We are still going to fight them.”

At the time of filing this report efforts to reach out to the Imo state Police Public Relations Officer, PPRO, Mike Abattam, did not pick his phone.

We were saints compared to today’s level of corruption — IBB

“Give Me Sometime” – Peter Obi Speaks On Contesting 2023 Presidency

NFF Does Not Believe not value indigenous coaches - Christian Chukwu

I have no governorship ambition – Obi Cubana

AFCON 2021: Eguavoen says Nwakali is a fringe player in the Super Eagles squad

Lifting Twitter ban: If you put too much control in everything, it loses innovation - Segun Awosanya

[OPINION] The Olubaban controversy: Lessons for the future - Bolanle Bolawole

[OPINION] The next president of Nigeria - Simon-Kolawole

Review of Afcon first-round matches: Hitches, glitches and, of course, a little soccer