All Northern Governors Are Behind Tinubu – Lalong 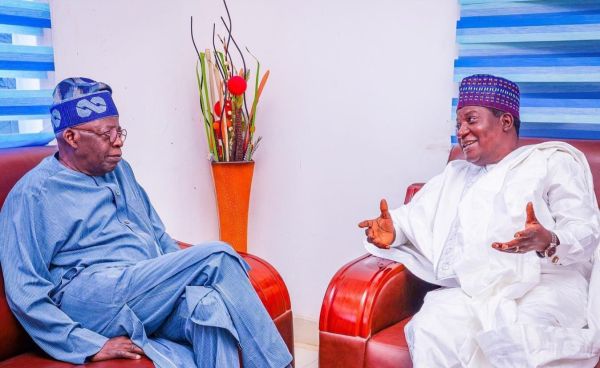 He said, “Mr. President, you said that is your legacy and your legacy would be the transfer today from Bauchi to the Jagaban of Borgu and his running mate. And that is going to be jealously guided, as I heard, by no other person than Air Marshal Sadique Baba Abubakar himself”.

Lalong said, “My duty is to thank the people of Bauchi State for the tumultuous reception being given to Mr President and his entourage.”

The governor said the entire northern governors are solidly behind Asiwaju Bola Ahmed Tinubu and his running mate, hence their solid affirmation to the candidate in Bauchi.

Abubakar has earlier in a welcome speech, recalled that as Air Marshal of Nigerian Air Force worked with Buhari for a period of five years, six months and thirteen days.

“Under the APC administration of President Muhammadu Buhari we established base at various locations across the country as security measures, namely Gusau, Katsina, Daura, Birnin Gwari, Agatu, Nguru, Bauchi, Gombe, Owerri and in Plateau state following the directive and support of the President.”

However, the APC presidential campaign rally in Bauchi got a setback as the event was almost midway when the power line to the rally venue, Abubakar Tafawa Balewa Stadium (ATBS) was abruptly cut-off.

LEADERSHIP gathered that the rally was underway when the public address system was put-off as a result of the power line cut-off, leaving the APC henchmen and women in anger and confusion.

The event has to be abruptly put off probably due to the security implications that might arise resulting from the power system failure at the stadium where President Muhammadu Buhari, APC presidential candidate, Asiwaju Bola Ahmed Tinubu, were expected to speak.

The national chairman of the APC, Abdullahi Adamu, had mounted the podium and was delivering his speech when the incident happened, while the electricity line could not be restored for quite some minutes, which abruptly ended the event.

The occasion was graced by APC governors led by their forum chairman, Governor Yahaya Bello, all the party’s gubernatorial candidates in the northeast, national officers led by national chairman, Senator Abdullahi Adamu as well as hundreds of thousands of supporters that besieged the Bauchi stadium.