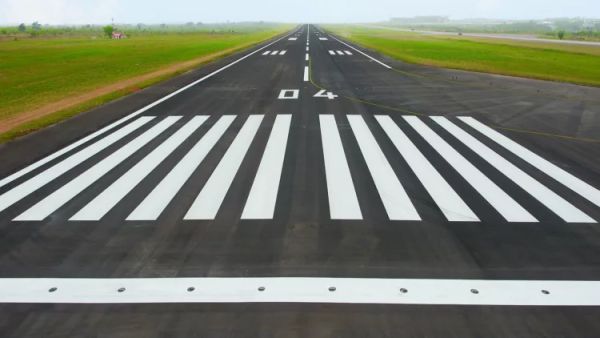 The striking workers of the Nigerian Aviation Handling Company (NAHCo) have suspended the industrial action embarked upon earlier on Monday, to demand implementation of new salary structure, after a truce was reached.

The workers suspended the strike after the intervention of the Directorate of State Services (DSS); Federal Airports Authority of Nigeria (FAAN); Nigerian Civil Aviation Authority (NCAA); the Nigeria Air Force, and Port Health.

LEADERSHIP gathered that NAHCo had agreed with the unions that all negotiations concerning salary of their members would be concluded within the week and no staff would be victimised as a result of the strike action.

The striking workers called off the strike action after a meeting between National Union of Air Transport Employees ( NUATE), Air Transport Senior Staff Services Association of Nigeria ( TSSSAN) and management of NAHCo.

In a resolution document signed by secretary general of NUATE, Ocheme Aba; ATSSSAN’s Frances Akinjole and Sola Obaboli for NAHCO, observed by the DSS; NCAA; FAAN; Port Health and the Nigeria Air Force, the NAHCo management agreed to withdraw the suit and vacate the earlier court order obtained against the workers.

The resolution reads, “Management has decided to withdraw the suit and vacate the earlier obtained court order. A counter offer to the union’s demands will be issued by the management before close of business today, 23rd January 2023.

“Negotiations on staff welfare would commence on Wednesday, 25th, January 2023, all negotiations would be concluded within the week, all staff should resume work immediately and no staff would be victimized as a result of the strike action.”