Tunisia coach Mondher Kebaier said he had “never seen anything like it” after the referee in his side’s Africa Cup of Nations opener against Mali on Wednesday blew the final whistle before the game had been completed.

Zambian official Janny Sikazwe signalled the end of the match and a 1-0 win for 10-man Mali in the coastal town of Limbe with the clock showing 89 minutes and 47 seconds.

The Tunisians furiously protested that there were several minutes of stoppage time still to play.

With confusion reigning, Mali coach Mohamed Magassouba was giving his post-match victory press conference when an official entered the room under the stand to indicate that the game would restart and that three minutes still remained.

What on EARTH did we just watch?! ?⏰ 85' Ref blows for full-time⏰ 89' Ref blows full-time whistle AGAIN? No stoppage time despite VAR checks, 2 penalties & a red card? AFCON says match must resume & referee is changed? Tunisia fail to return to the pitch pic.twitter.com/f3WdmWX3Ri

Mali returned to the field but the Tunisians did not re-emerge, and so the referee brought the game to a definitive conclusion when the Malians kicked off again.

“It is a difficult situation to deal with. The referee also blew with five minutes left in the first half and then he blew after 89 minutes, denying us practically seven or eight minutes of added time,” Kebaier, whose team had an extra man at the end after Mali’s El Bilal Toure was sent off, said.

“His decision is inexplicable. I can’t understand how he made his decision and we will see what happens now.” 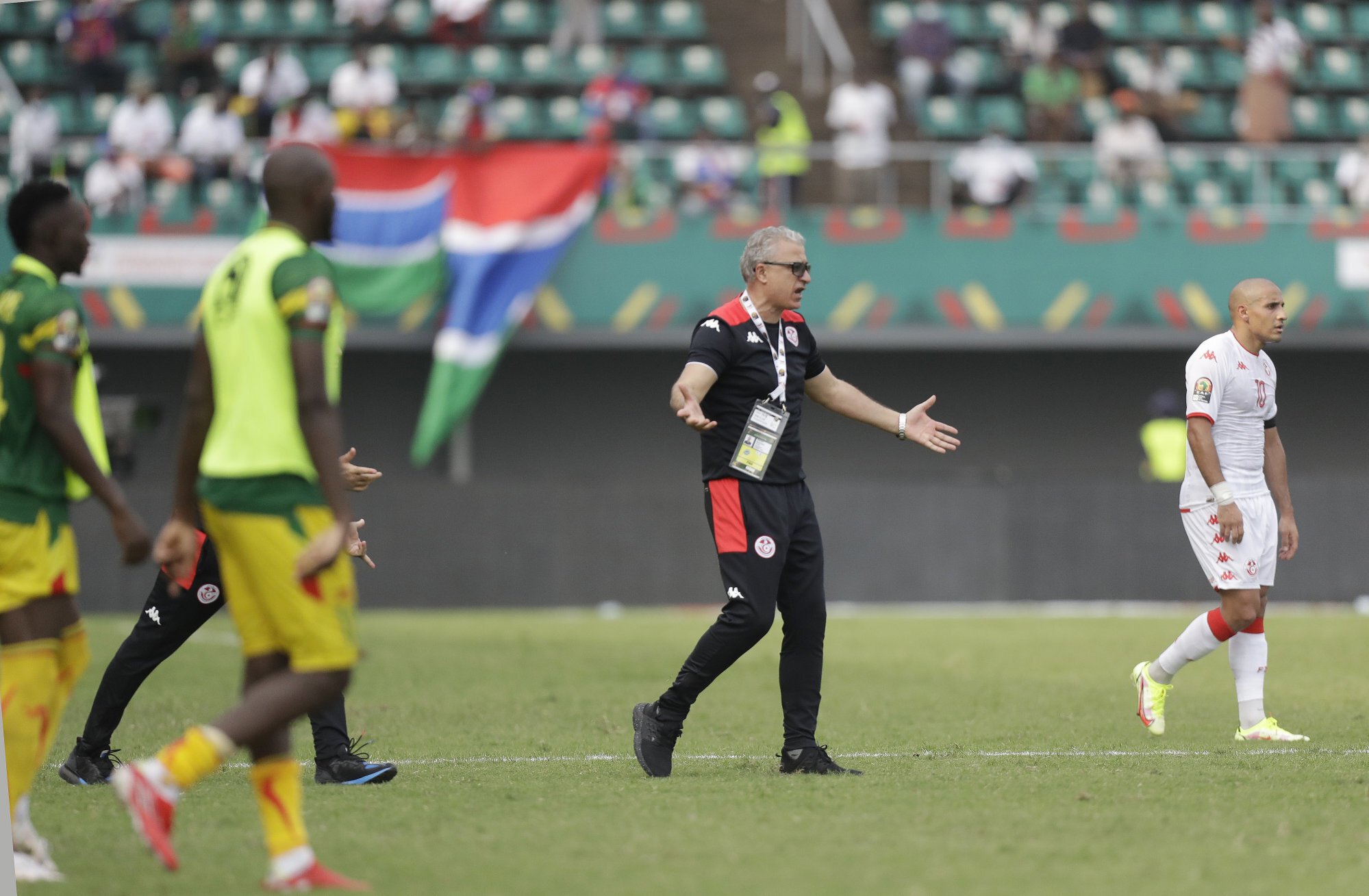 However, the Tunisian team’s refusal to return to the pitch could expose them to further sanctions from the Confederation of African Football.

“He blew for full time and asked us to go to the dressing room, so the players were in their ice baths and then he asked us to come back out,” Kebaier added.

“In 30 years in this business I have never seen anything like it.” 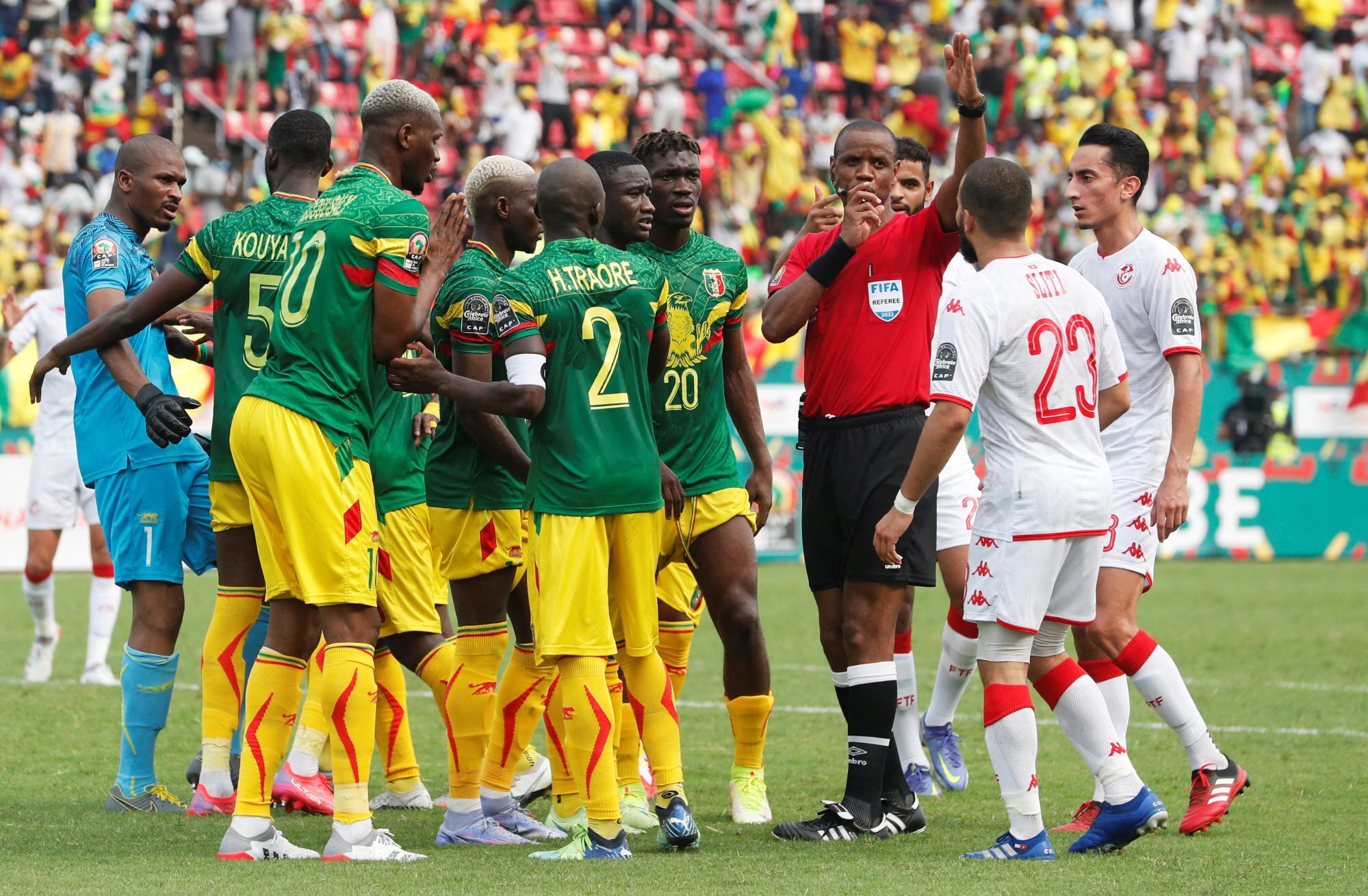 The astonishing scenes overshadowed what should have been a proud day for Mali, who won the Group F game thanks to Ibrahima Kone’s penalty just after half-time.

Tunisia had the chance to equalise but Wahbi Khazri’s spot-kick at the other end was saved with the game in the final quarter of an hour.

“These are administrative questions. We were told to go back on the pitch because the game was not finished,” said Magassouba. 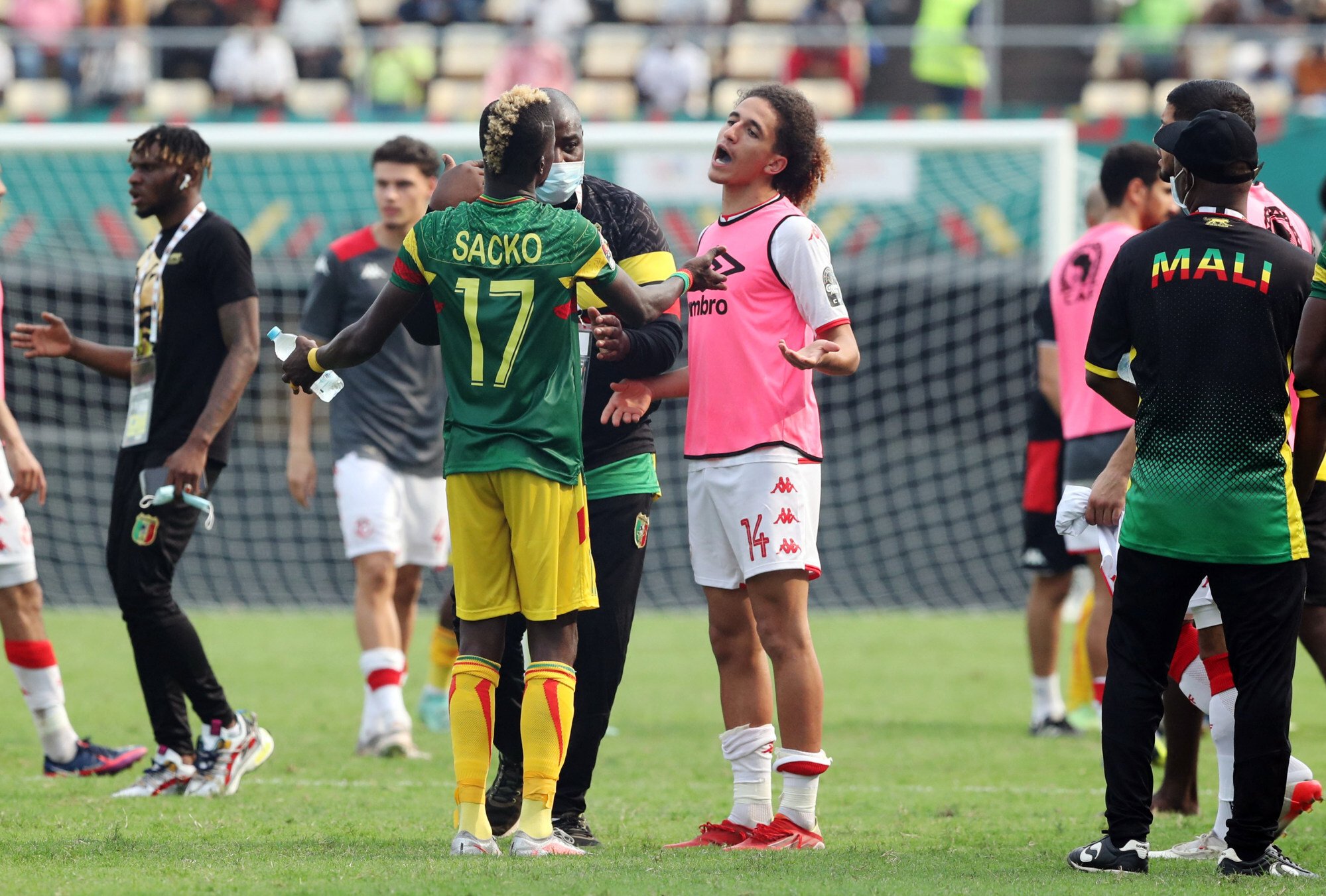 “Unfortunately the opposition team did not want to come back out and the final whistle was blown.”

The day’s other Group F match, between Mauritania and Gambia at the same venue, was delayed by 45 minutes from its scheduled 4pm GMT start because of the earlier confusion.
[South China Morning Post]