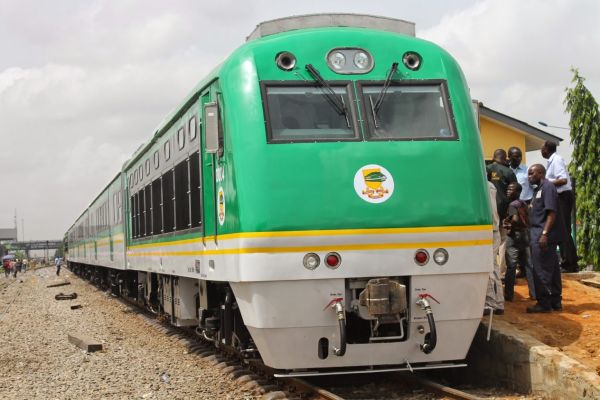 Following the resumption of train services in the Abuja-Kaduna route on Monday, Nigerians have expressed mixed reactions.

While some said using a train is the most convenient, safest transportation system, at least, for now that bandits, terrorists have continued to unleash terror on road travellers, others expressed fear that rail transport is expensive, slow in operation and may be subject to all forms of criminal attack.

Although, passengers at Risa train station in Igabi LGA of Kaduna State, on Tuesday were excited following the resumption of the Kaduna-Abuja train service, they were constrained following the increase in ticket fares by the Nigerian Railway Corporation.

Security was observed to be tighter as more personnel were deployed to the station to avoid a repeat of past incidents.

Hundreds of passengers besieged the Rigasa rail station, trying to board trains to their destinations.

Alhaji Ibrahim Musa, an estate agent, told DAILY POST at the Rigasa station on Tuesday, that at least, for comfortability, train service is more preferable.

According to him, since the federal government has put in place security operatives to curtail criminal activities, they only need prayers for sustainability.

Hajia Salamatu Danielle, who said she intended to reach Abuja, said she is no longer afraid of criminals or terrorists’ attack since there are more security operatives on ground.

According to her, she relies on train service than road transportation, since anything can happen along the way.

She called on the NRC to reduce the transport fare in order to accommodate more people who intend to travel this festive period.

However, Mallam Nasir Idris said the slow pace at which trains move would not suit his travel to Abuja for work and return the same day.

According to him, he works in Abuja, returns to Kaduna every evening the same day.

He further expressed fear over ticket fares, adding that in most cases, he gets roadside vehicles at N1,000 to Abuja.

Mrs. James Alice said the federal government should have compensated them in the first week of train services since passengers were victims of bandits attack on March 28, 2022.

According to her, even if the federal government had muted the ideas of increasing transportation fare, they could have allowed passengers to enjoy the service for at least two weeks, or reduced the fare to the barest minimum.

She noted that the increase might be to recover what they have lost since the train was suspended.

Ali Danjuma, a shoemaker who said he has been traveling by train for a very long time, asked Nigerians to stop comparing train service with road or air transportation.

According to him, the comfortability that accompanies train service is not found using road or air service, as train can stop at every station, while train business passengers can render services, other passengers can buy whatever they need while the cost of transportation can still be affordable.