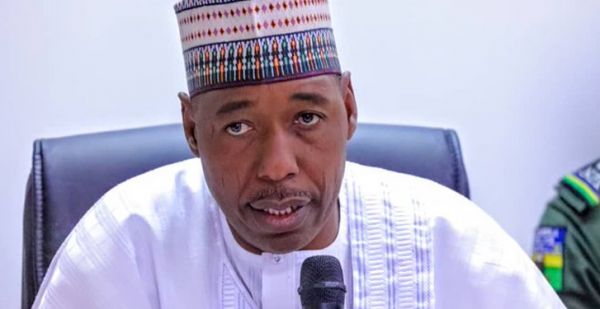 Babagana Zulum, governor of Borno state, says over 90,000 members of Boko Haram and the Islamic State in West Africa (ISWAP) have turned themselves in to the military in the last one year.

The governor disclosed this while speaking at an event organised on the margins of the 77th UN General Assembly in New York.

He said the terrorists voluntarily surrendered to the army for disarmament, de-radicalisation and reintegration.

Zulum said this has never happened anywhere in the world, and that insurgency is now becoming a thing of the past.

“I want to bring to the notice of this gathering that within the last one year, Borno State government, and indeed the federal government has so far received over 90,000 repentant Boko Haram and ISWAP members,” he said.

The governor, while commending President Muhammadu Buhari said, 22 LGAs out of the 27 in the state were under the control of Boko Haram insurgents before Buhari came into office.

He said but today, none of of the LGAs is under the control of the insurgents.