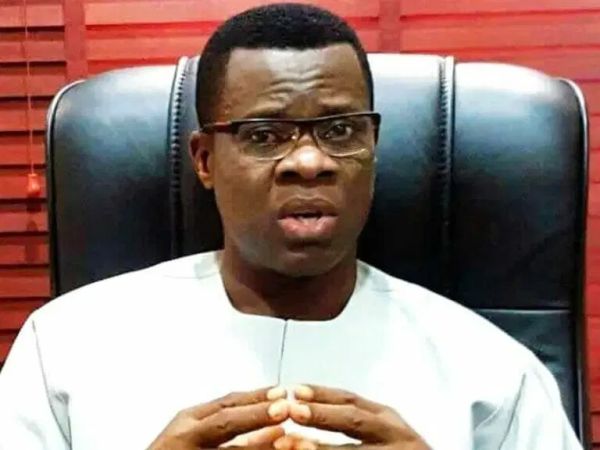 Former Independent National Electoral Commissioner, INEC, Barr. Mike Igini has explained why over 70 per cent of National Assembly members and their State Assembly counterparts will not return to their seats after 2023 general elections.

Igini said the federal and state lawmakers will not return to the assembly because they scored own goal when they passed the 2022 electoral Act into law which was signed into law by the President.

Human Rights activist said with the passage of the new Electoral Act, it would no longer be business as usual for politicians to unleash thugs on the electorates on the day of elections as the polling units have now become the centre of the universe, where elections are won and lost without violence.

On how best to remember late Ariyo, the activists said, the best way to remember Ariyo, bearing in mind that the work we all started is not yet completed is to fully implement the new 2022 Electoral Act in the 2023 general election.

‘’Indeed, we have overwhelming responsibility today on our hand as 2023 draws close, the best that we can do to remember him is ‘’where he stopped we take it up from there’’, ensuring the implementation of the 2022 Electoral Act, which he lived for.

‘‘The innovation and inventions of INEC are not self-implementing; they are implemented by human beings. The beauty of it is that current Act has taken power to the Nigerian people. The polling unit is now the centre of the universe. That is where elections will be won and lost. But it requires the vigilance of the Nigerian people.

‘‘The greatest form of democracy is peaceful transfer of power without crises. In the 2022 Electoral Act, INEC made 91 proposals and the NASS in their magnanimity accepted 48. This is what has given power back to the people.

‘’Today, the lawmakers have scored own goal to the extent that those who are supposed to be statutory delegates in the party primaries they put a section that stop themselves, thinking that the president would not sign it. That is why they are running helter skater, and with this, the people are supposed to be smiling.

Affirming his confidence in the new Electoral law, Igini said, ‘‘One thing that must be taken is that INEC from 2011 to where we are has made some progress, argued that a credible election must be one predicated on credible register of voters.’’

Commenting on the role of the judiciary, Igini lampooned the bench and bar for meddling with INEC role and warned that the power of INEC to make rules and guidelines should not be usurped by the judges, even as the new Electoral Act has taken care of lapses.

‘‘My worry is that the Supreme Court had once said INEC guidelines are mere guidelines. But the good thing about Section 137 is that if a party brings a case to court, it will rely on INEC documents not on number of its witnesses.

‘’Today elections are won and lost at the polling units not in court. We spend more money in courts than in normal election. That is why there is struggle to control judiciary. Politicians brag about it, it has to end. With one or two more elections, it is going to be over.

‘‘The beauty of the new law unlike before, the ward collation officer now has a code to see the result, and when he sees the result, there is nothing that can be done again. This has changed the old order. This system had been used in over 100 off circle elections but there is need for citizens to be vigilant.’’

To stop vote buying in 2023, he called on the citizens to strengthen the positioning of the cubicle and to assign separate security agent to each voting cubicle, who is to be held responsible for any form of vote buying during election. ‘’

In his own submission, the convener of the lecture, Dr. Sam Amadi, said the job of the civil society organizations is to compel INEC to regulate the electoral system, while politicians can do what they want. He urged INEC to adopt world best practice in rule making and processes of electioneering and seek help where necessary.

‘’INEC should swallow its pride and stick to rules of making guidelines. It should learn best ways ofc making regulations. We have a good piece of legislation but implementation remains a challenge.’’

On the interference of the judiciary, Dr. Amadi described the judiciary as a terrible mistake that must be restricted to its constitutional role.

‘’We are late comers to regulation. Our judiciary officers should be subjected to crash programmes to be at home with the new realities.

‘’INEC is not a transaction agency but a regulator that should qualify and disqualify candidates, and make rules and processes. It is wrong for regulator not to say no to court when it encroaches into its role.’’

In his remarks, another rights activist, Mr. Deji Adeyanju said, ‘‘We give credibility to a system that is designed to fail, a situation where the President appoints party members into INEC. Nigeria is a place where the system is handed to criminals’ gang. Instead of court room democracy, we need to install citizens’ ballot democracy.

‘’‘To have a nation that works for all, citizens must play their role and made to stop political actors from detecting the pace,’’ he said.

Deji, who eulogised Ariyo for his selfless service to his fatherland, said the late activist lived and worked for a system that works for all.