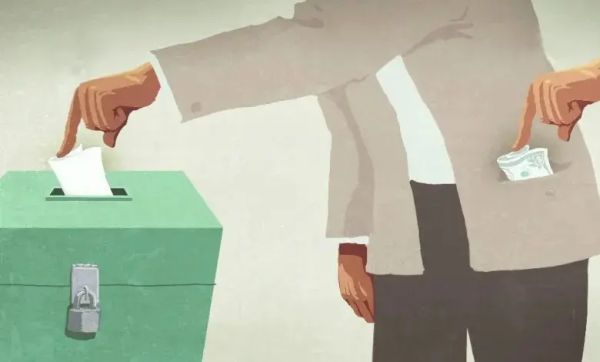 Describing vote-buying as a cankerworm that has eaten deep into the country’s system, the electoral body said it has also sensitised youths in various villages in the country to monitor and report anyone involved in the act during the elections.

INEC resident electoral commissioner (REC) in Rivers State, Johnson Alalibo Sinikiem, spoke yesterday in Port Harcourt during the opening ceremony of the 2023 correspondents’ week of the correspondents’ chapel of the Nigeria Union of Journalists (NUJ).

The theme of the correspondents’ week is “Media Vigilance Ahead of Peaceful 2023 Election in Rivers State.”

Sinikiem, who was represented by the Head, Voter Education and Publicity, Mark Usulo, said with the new Electoral Act, anyone found with a permanent voter’s card (PVC) that does not belong to him or her, risks a jail term.

He said the security agencies, especially the Nigerian Police and the Nigerian Security and Civil Defense Corps (NSCDC) have been briefed to watch for people in possession of PVCs that are not theirs.

The REC who called on the media to ensure accurate reportage of INEC activities before, during and after the general elections said the electoral body will ensure free, fair, credible and violent-free election.

Earlier in his welcome address, chairman of the correspondents’ chapel, Amaechi Okonkwo, expressed worry over the rising spate of political violence ahead of the 2023 general election in the state.

Okonkwo said, “This period usually makes a high demand on our peaceful disposition and usually, we are found grossly. The reports are already tumbling.

“In the past few weeks, we all know what has been happening around politics and campaigns in Rivers State. Even before now, we are not unaware of information about violence or pocket of violence here and there relating to election and electioneering in Rivers State.

“Rewind to 2019 when we last held general elections here and you will understand, the economic and social disruptions, the loss of lives and property and the nightmares of the militarization of the state, which are still very fresh in our hearts.

“This is the reason we insisted on joining the discussion and reinforce not just the discussion on but demand for peaceful general elections in Rivers State”.