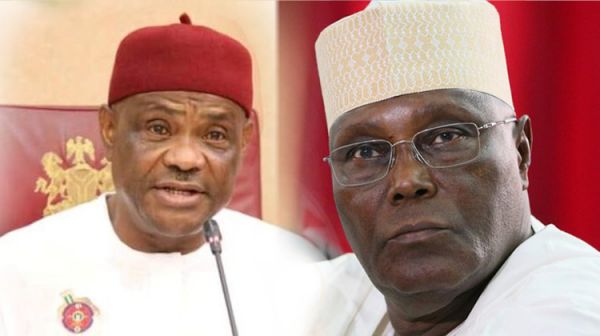 The camp of the Rivers State Governor, Nyesom Wike on Tuesday night met to discuss their next move with less than two weeks to the campaign season.

Naija News learnt that Governor Wike and his allies are planning on steps to take and where to pitch their tent ahead of the 2023 race.

A source that spoke with The Cable said the meeting was held at Port Harcourt, Rivers state capital.

The source while speaking at the meeting said, “The likes of Okezie Ikpeazu, governor of Abia, and Samuel Ortom of Benue are not present but they sent word that they will abide by the outcome of the meeting.”

According to the source, the outcome of their meeting on Tuesday will determine the presidential candidate they would support in the forthcoming election.

The camp of Governor Wike following the crisis in the PDP has met with the presidential candidate of the All Progressives Congress (APC), Bola Tinubu to discuss the possibility of working together.

Wike another instance had met with the presidential candidate of the Labour Party, Peter Obi and former president, Olusegun Obasanjo who is believed to be supporting Obi’s presidential ambition.