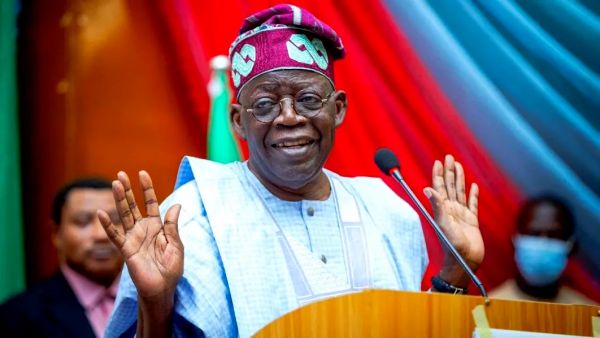 There are strong indications that the Presidential candidate of the All Progressives Congress, APC, Bola Tinubu, may be a beneficiary of the crisis rocking the Peoples Democratic Party, PDP, as some PDP governors and leaders are said to have pledged to work for him in the 2023 presidential election.

It will be recalled that the PDP Presidential candidate, Alhaji Atiku Abubakar, and Governor Nyesom Wike of Rivers State have been in a frosty relationship over demands to remove the party’s National Chairman, Senator Iyorchia Ayu.

Also, Governor Seyi Makinde of Oyo State and a former Deputy National Chairman of the PDP, Chief Olabode George, among others, have called for Ayu’s removal.

This came on a day the APC presidential candidate appointed Governor Rotimi Akeredolu of Ondo State as the Zonal Coordinator of his presidential Campaign Council in the South-West.

It was gathered that some PDP governors and leaders may have committed to work for Tinubu in next year’s presidential election.

Vanguard was reliably informed that following the worsening crisis rocking the PDP, some PDP governors and leaders have pledged to support Tinubu’s candidacy if the PDP crisis continues.

A source, familiar with the workings of the APC, confirmed the possible alliance with Tinubu, saying “of course, it is true.”

The source said: “From the way the PDP is handling its crisis, you should know that not all the PDP governors will support Atiku. It is clear and glaring.”

But an ally of the former vice-president, who spoke on condition of anonymity, dismissed the speculation, saying “that is not true; there is no truth in that at all.”