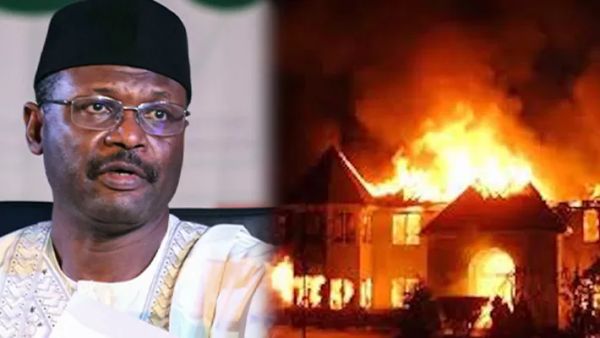 Following the spate of attacks on its offices in parts of the country, the Independent National Electoral Commission yesterday appealed to Nigerians to see its facilities as national assets and protect them ahead of the 2023 general elections.

INEC Chairman, Prof. Mahmood Yakubu, made the plea at a meeting with the West Africa Elders’ Forum held at INEC headquarters in Abuja.

The delegation was led by a former President of the Republic of Sierra Leone, Ernest Bai Koroma, and a former Vice President of Gambia, Fatoumata Jallow-Tambajang.

Yakubu said, “There are a few areas of concern, the main one being the prevailing insecurity in the country. In less than two weeks, three of our local government offices were attacked across the country, bringing the total number of such attacks to seven in the last four months.

“While we want to reassure Nigerians that we’ll recover from these attacks, and the election will proceed as scheduled, we’d like to appeal to all citizens to see the commission’s facilities as national assets.

“It’s our collective responsibility to join hands in protecting them. The attacks must stop and the perpetrators must be swiftly apprehended and prosecuted.

“I must add that with respected leaders of the region coming together as elders for credible elections, I’m confident that there’ll be less of mediation in conflict situations and more of election observation missions in peacetime.”

Earlier, Koroma, said they were in Nigeria on a pre-election mediation mission to address issues concerning election success in Nigeria and across the sub-region.