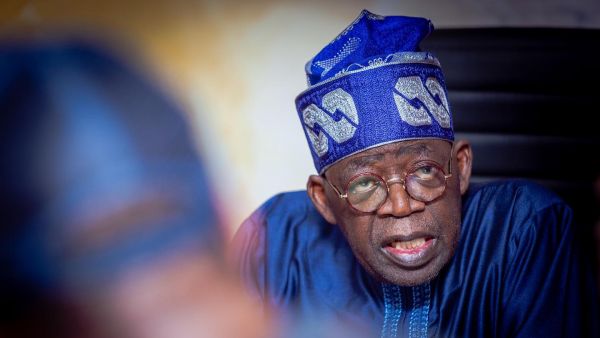 The umbrella body for the emancipation and independence of the South West geopolitical zone, Yoruba Nation, has said it will not throw its weight behind the presidential candidate of All Progressives Congress (APC), Bola Tinubu.

Prof. Banji Akintoye is the President of Ilana Omo Oodua (IOO) and leader of Yoruba Self-Determination Movement (YSDM) made this known in recent interview with select journalists.

Prof. Akintoye insists that the agitation for Yoruba Nation won’t stop and it would be achieved before the conduct of the 2023 general elections.

He noted that the movement is not against the ambition of Tinubu because it’s his right to aspire to the highest elective office in the land but the objectives of the Yoruba nation cause are at variance with his ambition.

He said “Our attitude is this, our big brother, Asiwaju Bola Tinubu, is struggling to become the president of Nigeria, there is nothing wrong with that. But we would not because of him collapse our struggle for the Yoruba nation, just as we cannot ask him to collapse his own campaign for the Yoruba nation. So, we have here two parallel lines in the same country, among the same people. What we handling the Yoruba self-determination struggle must do is to be thoughtful, competent, and proper in the ways we handle matters. We don’t believe we will be in Nigeria in 2023. And by the grace of God, we are not going to be in Nigeria in 2023.

“So, we don’t hurt our brother who wants to become president of Nigeria and he must not try to hurt us. We won’t try to hurt him. We have developed very sophisticated ways of getting messages to our youth across Yorubaland. If they are going on a rally, they have a blueprint in their mind. If the police say ‘don’t stand where you are standing. Do your rally there’. Then, leave the place. Police are not our enemies. They are young men like us, who were looking for jobs, and who got the job of policemen. They have nothing against us and we have nothing against them. So, don’t ever fight the police. And you will never find Yoruba boys fighting the police or the military. We have educated our young people that much. So, it is the same thing with our brethren who want to become one thing or the other through elections in Nigeria in 2023. The boys who want the Yoruba self-determination movement will never hurt the campaign of these our kinsmen. So, what we are asking for is that the campaign of these our kinsmen must not attempt to hurt the Yoruba self-determination struggle. The two streams must flow freely and leave it to our people to decide.”