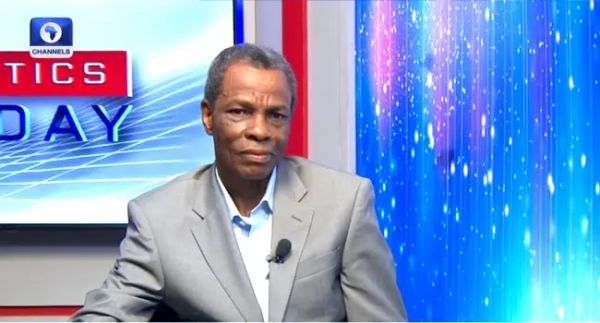 A former Deputy Governor of Sokoto State, Mukhtar Shagari, said the ruling All Progressives Congress, APC has offended Christians in the North, ahead of the 2023 general elections.

Shagari stated this while speaking in an interview with Channels Television’s Politics Today, monitored by our correspondent on Tuesday.

According to him, APC has failed Nigerians and its Muslim-Muslim ticket strategy for the 2023 general election won’t get its desired voter turnout in the North.

He said, “The Christians in this country, especially in the North felt slighted, they felt insulted when APC decided to go with Muslim-Muslim ticket.

Shagari, a former Minister of Water Resources and member of the Board of Trustees of the Peoples Democratic Party (PDP) said if APC presidential candidate, Asiwaju Bola Tinubu has a Christian wife, Oluremi, it is only okay to choose a Christian running mate.

He described the same-faith ticket of the APC as an insult, adding that Nigerians and Christians will reject the ruling party in the forthcoming presidential election.

“They simply think that both the Christians and the Muslims in this country are stupid. So, they decided to come out with the Muslim-Muslim ticket, thinking if they do that, everybody in the North-West, in the North-East and the rest of Nigeria will jump at it but Nigerian people are wiser, they know what they want: they want a government that will change their lives for the better,” Shagari said.

Shagari described as disappointing, Tinubu’s outing on Monday at the Chatham House in London, the United Kingdom.

He said Nigerians want a leader, who can relate with them, answer their questions, and clear their doubts, and not a leader, who delegates his allies to respond to questions directed at him.