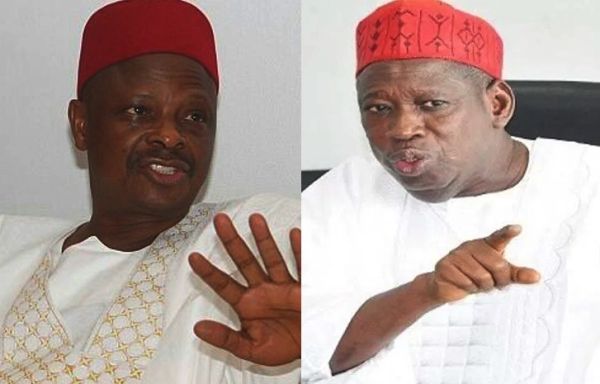 Ganduje added that Kwankwaso’s followers are leaving his camp for the ruling All Progressives Congress (APC), which is more united now in the state

The governor stated this during an interview on Cannels TV’s Politics Today.

He said, “Even the misunderstanding between the Majority Leader of the House of Representatives and our former commissioner for local government has been resolved. Hon Alhassan Ado Doguwa and the deputy gubernatorial candidate had some misunderstanding, but that one we sat down under my chairmanship and everything has been put in order now.

“If you listen to the press release that we offered and what the Majority Leader said, you will know that the problem is completely solved. Even today, they were together and took some pictures and issued a press release together. Everything is normal within our party. I assure you that we have many entrances, many people are coming into the party both from PDP and other politcal parties.

“We don’t think it is when you fight other political parties that proves that you are strong. You need to organize yourself in a civilized way; that does not mean you are not strong; it means that you know what it takes to do modern democracy and that is what we’re experiencing in Kano.

“We will soon start our gubernatorial campaign in Kano; you will see our followership which is rising on the daily basis. When you talk of Kwankwasiyya group, you see that Kwankwasiyya, too, has reduced in strength because a great number of them are coming back to APC after knowing that their party will go nowhere at the presidential election and even at the state level, we will slug it out.”