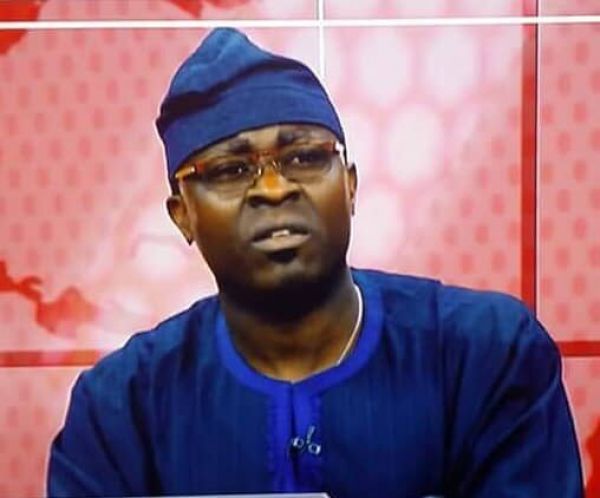 In this interview with SEGUN ADEWOLE, the Lagos State Labour Party Chairman, Olukayode Salako, denies working against the party’s interests amid allegation of being a mole for the All Progressives Congress presidential candidate, Asiwaju Bola Tinubu

How true is the allegation that you are working for the APC presidential candidate, Asiwaju Bola Tinubu made by a Peter Obi support group?

It is not true. They are just social media propaganda designed to splinter the Labour Party’s political family in Lagos State and incite Nigerians, particularly Obidient Nigerians to oppose the state’s Labour Party leadership.

In their conscience of conscience, they know that Olukayode Salako is on his own. Yes, I was on their side for many years, but I got tired of operating with them because I didn’t find fulfilment and their platform did not give me the opportunity to be able to realise my political aspirations. We all go into politics because of our personal interests, and I just realised after 22 years that I was wasting the whole of my political life on that platform. I was unable to yearn for a Nigeria, where true change could be impacted. I thought that APC would be able to do it for Nigeria while I was passionately working for them, carrying Tinubu on my head, and doing all I was doing on that platform on credit without benefiting anything. That is why many people believe Salako will rejoin APC, he is an APC supporter. Salako is an APC man with what accomplishments? An APC man when I was denied the opportunity to serve my society in government?

So, when the Labour Party gave me the offer to come and work on their side, I saw the contents of the offer and told myself that this was what I had been looking for and what I deserved from any political platform. I said, let me go and try my luck on the platform of the Labour Party, to join the Obidient Movement revolution to rescue Nigeria from leadership disappointment and governance misrule.

Can the Labour Party still rely on you given that your wife, a popular Nollywood actress, Foluke Daramola, is an APC member?

Foluke Daramola has been on the side of Asiwaju Bola Ahmed Tinubu’s political system all her life. I was also part of the system until I left for the Labour Party recently. She has built a lot for herself in the APC system.

Right now, she is enjoying a lot of opportunities and privileges that she cannot just forsake and say she is coming to the Labour Party with her husband. Such a decision needs a lot of thought and a lot of persuasion and encouragement.

So, I am still working on Foluke Daramola. I am in talks with her; we are talking about it. I left the APC because I had nothing to lose but if Foluke leaves today, she has a lot to lose because she is a strong stakeholder in the Asiwaju Bola Tinubu political system, which is where she had been all her life. Foluke has never operated for any other political party before. The only system she knows is the Asiwaju Bola Tinubu system.

So, if she must leave, it is not something I have to force her to do. She was aware when I was leaving, and she endorsed it. She didn’t see anything wrong with it. She has been an APC politician all her life; she operates on her own while I operate on my own too.

Foluke has always been on the side of her husband. When people see her photograph on the other side of the political divide, they keep harassing her husband, which she doesn’t like. Foluke and I might be a couple, but she has her life to live and I have mine, and there is no law that says a husband and wife must compulsorily operate on the same political platform. I can’t force her to be on my side, I can only persuade her.

What are your thoughts on the Obidient Movement, which has been accused of bullying and threatening people who hold opposing views?

Well, it is a movement. Anytime there is a revolution like this, it happens. You can’t stop it. It was the white man who created social media and phones. So, the social media revolution has made everybody a journalist and has given everybody the opportunity to express themselves any way they understand it. Peter Obi cannot stop it. I can’t stop it. The way they bully our own side is the way they bully the side of the other presidential candidates too. It is everywhere and you can’t stop it. If I want to bully you now and I have your contact information and I’m connected to you on Facebook or Instagram, for example, I can decide to write any stupid thing about you and push it out, and before you know it, it goes viral and you can’t stop it. The only thing is the end goal; what are all of us operating for?

We want to see that the platform of the Labour Party in Nigeria can propel the presidential candidate among Obidient Nigerians, Labour Party supporters, and patriotic Nigerians who want a change and are tired of the current situation. We want to be able to drive our presidential candidate to Aso Rock by next year. That is the end goal, and that is what all of us must continue to work towards and work for. You can’t stop it.

Is it true that you are working behind the scenes to prevent the Obidient Movement rally in Lagos?

There is nothing like that. You see, we just experienced the #EndSARS protest fallout that became a big issue in Lagos State.

So, when you now say that on October 1, different groups under the auspices of the Labor Party, which I run, want to bring out five million people in different places for rallies in Lagos, it creates fear in the consciousness of the security authority in Lagos State. The Nigerian Police Force is conscious of it. The information we got is that different Peter Obi support groups want to hold different types of rallies on the same day. We said that because it is about the Labour Party and our candidate, we should encourage all of these organisers to work together with the party so that we can have one successful five-million-man march. The Nigeria Police Force also wants it like that because of the issue of #EndSARS. They don’t want these pockets of rallies to turn into another #EndSARS situation in Lagos.

So, the state’s Police Commissioner has been encouraging and telling us that we should bring everybody together and make the rally a single event so that it can be properly secured, policed, organised, and achieve its aims.

However, we still have some of our people running their own groups. They are still saying they want to do their own thing, and it is some of these people that are promoting all these disparaging social media stories flying around about me. They are misconstruing it. They think what we are saying in the Labour Party office here is that we want to stop their rallies. No, do we have the power to stop any rally? Am I the Commissioner of Police?

Meanwhile, what police are against is a recurrence of the #EndSARS situation. Now, we are calling it a rally, but what if it degenerates or transforms into a protest on that day and you see people attacking themselves, burning places, and all of that? So, the police have advised that we should bring all our people that are organising many types of rallies everywhere together under one rally umbrella and that is what we are trying to say in the Labour Party office here, but they misconstrued it. Mr Salako does not have the power to stop anybody from holding a rally. If you want to hold it under the auspices of the Labour Party in Lagos, the police will hold the party responsible if it degenerates into what we don’t want. We don’t want another #EndSARS situation.

What are your thoughts on the assertion that Obidients were once staunch supporters of the banned Indigenous People of Biafra?

There are OPC (Oodua Peoples Congress) people in Lagos, in the southwest. Will you say that they should not exercise their voting and electoral participation rights because they are OPC members? You are the ones calling them IPOB; they are calling themselves Nigerians. Whether they are in IPOB or not, the fact remains that they are Nigerians, and they are entitled and eligible to participate in the process.