2023: Furore in APC over campaign council 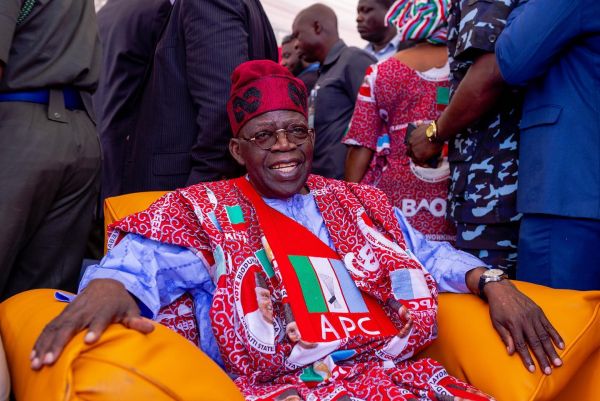 There is confusion within the ranks of the ruling All Progressives Congress, APC, following a protest letter purportedly written by its National Chairman, Senator Abdullahi Adamu, to its presidential candidate, Asiwaju Bola Tinubu, regarding the composition of its Presidential Campaign Council, PCC.

Hours after the letter was leaked, the spokesman of the party, Mr Felix Morka, issued a statement, yesterday morning, saying it was not authored by Senator Adamu.

The denial nonetheless, party officials knowledgeable about developments in the APC said the party’s current position was a mere recant.

“That letter is the position of the NWC. Whatever is happening now is an attempt at a recant,” a party official said.

An aide of Tinubu who pleaded anonymity had earlier told Vanguard that his principal will not react to the letter as published in the media, saying: “No letter was sent to Asiwaju. So, how do we react to a leaked letter that was never sent?”

However, an ally of Tinubu accused Senator Adamu and members of the National Working Committee, NWC, of trying to hijack the campaign council.

He said: “I think Adamu and members of the NWC are just being clever by half. What they want to do is hijack the campaign council.

“They wanted to take control of the council which is not possible because that will be to the detriment of the campaign.

“There are a lot of people who are not happy with the NWC, especially the way they handled the conduct of the presidential primary. Most of the APC governors are on the same page with Tinubu because he is carrying them along.

“I also know that governors are not happy with the NWC but I am sure the crisis will be resolved soon.

“I also know that Adamu is only trying to blackmail Tinubu because there is no time the party chairman requested for Asiwaju’s attention that he (Tinubu) does not answer him.

‘’There is more to the letter he wrote, otherwise, why should he write a letter and then leak it to the press? We all know there is an ulterior motive but what I know is that Adamu’s plan will fail.”

In the letter, Adamu accused Tinubu of breaching the agreement he had with the NWC with regard to the composition of the campaign council.

The composition of the council had been serially delayed as the NWC was said to have set up a three-member committee to interface with Tinubu’s team.

However, in the letter Adamu wrote to Tinubu in London, the party said the presidential candidate is operating solo whereas winning elections is supposed to be a collaborative effort.

“This correspondence has become necessary in view of developments that took place over the last few days around the purported appointments into the Presidential Campaign Council (PCC) that was announced precipitately by officials of the Council, without making recourse to the NWC for approval. All along, the NWC had been disposed towards the campaign in a cooperative spirit that is driven by the overall interest of the Party and the singular desire of victory for our candidates, in the persons of your esteemed self and your running mate.

“It is against this background that the NWC received with astonishment and regret, the press release by the PCC on 23rd September 2022, in which a purported list of (422) appointees was announced, which effectively served as the approved roster of participants in the Party’s Presidential Campaign Council.

“The purported list not only came as a complete surprise to the NWC and the party’s leadership, but also contravened the principles and purposes of the arrangements that you and I had led towards the adoption of the organogram of the PCC, and its principal officials.

“Without further admonishment or complaints, I wish hereby to call upon Your Excellency to restrain the PCC from undertaking solo projects of this nature and agree to work with all stakeholders towards taking our Party to victory. I shall not find it necessary to reiterate the importance of the party in the overall scheme of things in these campaigns, and the singular position of the NWC in driving the process towards our securing of victory in the polls.

“It suffices for me to convey the general and overwhelming sentiment of the NWC with regards to the ill-timed and unfortunate release of the PCC list, which confounded rather than pleased the members and whose withdrawal will assure the NWC of Your Excellency’s respect and disposition towards the party, as well as the magnanimous spirit of cooperation towards achieving victory together with the NWC,” Adamu’s purported letter read in part.

Describing the letter as a “draft”, Morka said it did not emanate from the chairman.

His words: “Our attention has been drawn to a ‘draft’ letter in circulation purportedly written by His Excellency, Senator Abdullahi Adamu, the National Chairman of our great party, addressed to His Excellency, Asiwaju Bola Ahmed Tinubu, the Presidential Candidate of our great Party, expressing dissatisfaction over the recently released list of the Presidential Campaign Council (PCC).

“To be clear, the ‘draft’ letter did not emanate from the party. An unsigned letter that marks itself as a ‘draft’ cannot and should not be attributed to its purported author.

As such, an unsigned ‘draft’ letter of the kind in circulation is patently unnecessary and of no qualitative value to engagement between the Party and the PCC.

“We will not be distracted by the wishes and actions of detractors that wait gleefully but in vain for some kind of crisis to erupt between the party and the PCC.

“We stand united, as a Party, in our resolve and commitment to execute a focused and issue-driven campaign to persuade Nigerians to renew our mandate in next year’s general election”.