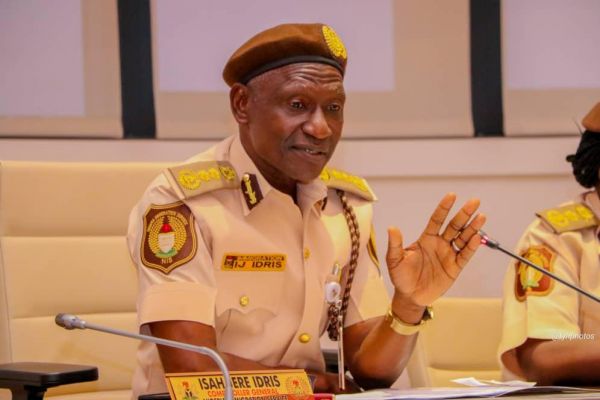 Nigeria Immigration Service (NIS) said it would shut the doors against using foreign migrants from neighbouring countries in next year’s election.

The Comptroller General of Immigration (CGI) Isah Idris made the pledge on Thursday at a meeting with top management staff of the Service, Zonal Coordinators, and Comptrollers of Commands/Formations at the Service Headquarters in Abuja, where the operational briefing was given as part of preparatory activities for the forthcoming general elections in 2023.

A press statement by the spokesman of the NIS, Amos Okpu, said during the meeting, the CGI reiterated the government’s commitment to a free and fair electoral process for the 2023 general elections and charged Heads of Commands and Formations across the country to upscale surveillance activities in all locations including Border Crossing Points to ensure successful elections.

He directed the activation and deployment of all the service’s migration management and border security assets to ensure that ineligible persons, particularly migrants, are not allowed to participate in the nation’s electoral process.

The CGI said: To this end, I hereby direct that regular meetings with all the migrants’ communities in the country be intensified to sensitize them on the need for them to stay away from participating in the nation’s electoral process for the 2023 general elections.

Divisional Immigration Officers (DIOs) across the 774 Local Councils in the country have been directed to deepen surveillance and engagements with the migrant communities in their areas to ensure that no migrant gets involved in the elections.

He revealed that the Service has recently intercepted and confiscated some voter cards from certain migrants, warning that stiff sanctions await any migrant attempting to participate in the nation’s electoral process.

Idris while stressing the Service’s ethical obligation and commitment to maintain political neutrality in the discharge of statutory duties, said as Para-military Officers, we are prohibited from political partisanship before, during and after the elections. Therefore, the Service is seizing the opportunity to sensitize its Personnel through their respective Comptrollers on the need for them to remain apolitical before, during and after the elections as members of the Service.

He enjoined all personnel to be alive to their responsibilities, warning that any infractions or unprofessional conduct before, during, and after the elections will attract severe sanctions.

The CGI further called for constructive and patriotic engagements among all agencies, stressing that synergy and collaboration with stakeholders are essential to optimally discharge responsibility toward building a better Nigeria of our collective dreams.

According to the statement, the CGI had earlier led top management to the foundation laying and groundbreaking ceremony of the Head Office of the Nigeria Immigration Service’s Multipurpose Cooperative Society (NIMCOS) at the NIS Headquarters, Abuja, where he charged the executive of the association to live up to its ideals of improving the welfare of officers and men in line with the welfare thrust of his administration.

The building, on completion, will serve as the administrative office of the Cooperative Society.