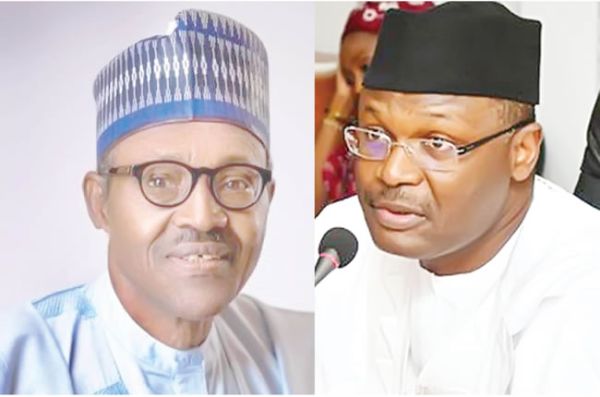 Nigerians in diaspora have dragged President Muhammadu Buhari and the Independent National Electoral Commission, INEC, before a Federal High Court sitting in Abuja, insisting they must be allowed to participate in the 2023 general elections.

The plaintiffs, who told the court that they are resident in the United Kingdom and various parts of the world, are seeking an order to compel INEC to allow them to vote.

They maintained that continued refusal by the electoral body to create room for them to participate in general elections, amounts to a gross violation of their fundamental rights.

The plaintiffs, in suit FHC/ ABJ/ CS/2119/2022, are praying the court to stop President Buhari and INEC from further proceeding with the 2023 electioneering process until INEC’s voter register and bio-database, are updated to accommodate them as registered voters.

Those that filed the suit on behalf of other Nigerians in diaspora, are Chikwe Nkemnacho and Kenneth Nkemnacho, both of whom are resident in the UK.

They are praying the court to declare that they are entitled to participate in the electoral process by being registered to vote in 2023 and in all elections, wherever, they are domiciled worldwide, in line with sections 13, 14, 42 and 17 of the 1999 Constitution, as amended.

They want the court to declare that there is still sufficient time for INEC to comply with provisions of sections 13, 14 and 15 of the 1999 Constitution, as amended.

They argued that unless they are allowed to vote in the 2023 elections and subsequent ones, their fundermental rights as enshrined in the 1999 Constitution would be grossly breached.

Meanwhile, Justice Inyang Ekwo has adjourned the matter till January 19, 2023, for its mention, and ordered service of all the court processes on the defendants.

Defendants in the suit are the INEC and its Chairman, Prof. Mahmood Yakubu, President Buhari and the Federal Republic of Nigeria.

According to NCC-CSIRT advisory, threat actors have taken advantage of a viral TikTok challenge, known as the Invisible Challenge, to disseminate an information-stealing malware known as the WASP (or W4SP) stealer.

“The WASP stealer, which is high in probability with critical damage potential, is a persistent malware hosted on discord that its developer claim is undetectable.”

The advisory said: “The Invisible Challenge involves wrapping a somewhat transparent body contouring filter around a presumed naked individual. Attackers are uploading videos to TikTok with a link to software that they claim can reverse the filter’s effects.

“Those who click on the link and attempt to download the software, known as “unfilter,” are infected with the WASP stealer. Suspended accounts had amassed over a million views after initially posting the videos with a link. Following the link leads to the “Space Unfilter” Discord server, which had 32,000 members at its peak but has since been removed by its creators.

“Successful installation will allow the malware to harvest keystrokes, screenshots, network activity, and other information from devices where it is installed. It may also covertly monitor user behaviour and harvest Personally Identifiable Information (PII), including names and passwords, keystrokes from emails, chat programmes, websites visited, and financial activity. This malware may be capable of covertly collecting screenshots, video recordings, or the ability to activate any connected camera or microphone,” it explained.

malware software on your devices, checking app tray and removing any apps that you do not remember installing or that are dormant and embracing healthy password hygiene practices such as using a password manager.