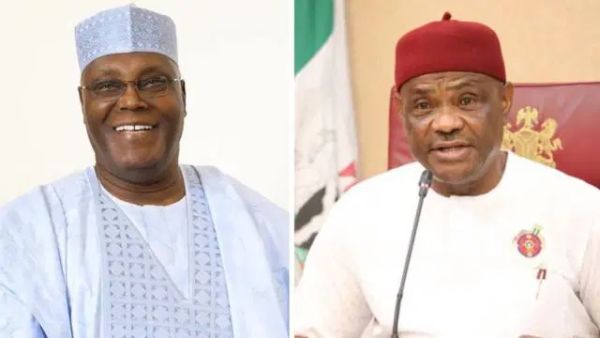 Atiku Abubakar, the Peoples Democratic Party (PDP) presidential candidate, intends to campaign without the G-5 governors ahead of the 2023 general elections.

According to another report, the former vice president has taken steps to weaken the position of the five disgruntled PDP governors.

The supporters made the call in response to a statement attributed to CJN in which he allegedly sided with the G-5 governors.

According to a source who spoke with the Saturday Sun, any attempt by Atiku’s supporters to openly canvass votes in the states governed by the G5 governors could result in a serious clash.

Atiku’s campaign organisation has been informed that Jonathan is not willing to work for the former vice president.

Atiku has decided to move on. He also knows that Northern votes are almost secured and he needs some level of support from the South. The South-South geopolitical zone is PDP’s stronghold.

Atiku is ready to use the next two months to take the fight to the region and he believes he will succeed. They’ll infiltrate Wike’s camp and make it difficult for him to upstage Atiku in the region.

Even in the South East, Peter Obi will not have it all rosy. Atiku’s men are there and working too. The fight will be between Obi and Atiku in the region.